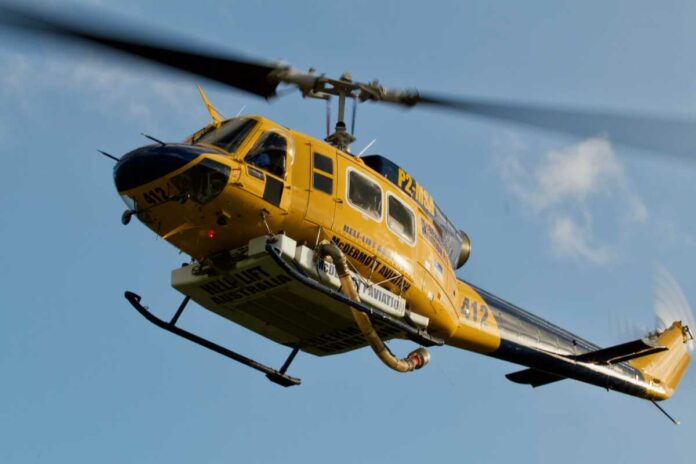 WASHINGTON DC – With half of 2019 completed and another six months to go, the U.S. helicopter industry is experiencing a year of tragic accidents with too many lives being lost.  To stem the surge of fatal accidents, the U.S. Helicopter Safety Team (www.USHST.org) is calling on helicopter operators, pilots, instructors and mechanics to rely on safety basics and place a stronger emphasis on identifying and managing risk.

For the first six months of 2019, the U.S. helicopter industry has experienced 15 fatal accidents with 27 fatalities.  This is on track to match 2013, when 30 fatal accidents occurred.  However, since July is usually a month with a high number of accidents, the industry also is at risk to reach the total from 2008, when there were 35 fatal helicopter accidents.

To avoid this unwelcome record during 2019, the USHST is calling for pilots, instructors and others with a stake in helicopter safety to focus on seven key actions that will save lives.

Know How Much Fuel You Need or “May” Need – Always carry enough fuel for unexpected situations.  Ignoring minimum fuel reserve requirements is generally the result of overconfidence, a lack of flight planning, or deliberately ignoring regulations.

Take Time for a Walk Around and for Checklists – An adequate preflight inspection, a checklist and a final walk around are central responsibilities that determine the condition of an aircraft prior to flight.  In addition, post-flight inspections can identify issues prior to the next flight.

Recognize the Potency of OTC Medications – Because over-the-counter medications are readily available, pilots frequently underestimate their effects and the impairment caused by these sedating drugs.  In spite of specific federal regulations and education efforts regarding flying while impaired, over-the-counter medication usage by pilots remains a factor in 10 to 13 percent of aircraft accidents.

Stop the Scud Running – Lowering your altitude to avoid clouds or bad weather is dangerous and leads to fatal results from flying into terrain or obstacles such as wires and towers.  Know your minimum altitude and stick to it.

Visual Flight Rules in Instrument Conditions Can Lead to Death – Yes, death.  This is the all-too-often result of the previously mentioned practice of flying too low. It is even more dangerous if the pilot is not instrument qualified or is unwilling to believe what the gauges are indicating.  This action usually results in not knowing where you are and an inability to recognize deteriorating circumstances and/or the misjudgment of the rate of deterioration.

Don’t Succumb to Get-There-Itis – This “disease” is common among pilots.  It clouds the vision and impairs judgment by causing a fixation on the original goal or destination combined with a total disregard for any alternative courses of action.

Don’t be Afraid to Divert, Turn Around or Land – Yes, you can divert from your original plan; you can turn around, or you can land.  Always make sure you have an alternative course of action available should the weather conditions preclude the completion of the flight as planned. In other words, don’t be afraid to land and live.

Know How Much Fuel You Need or “May” Need

Take Time for a Walk Around and for Checklists

Recognize the Potency of OTC Medications

Visual Flight Rules in Instrument Conditions Can Lead to Death

Don’t be Afraid to Divert, Turn Around or Land