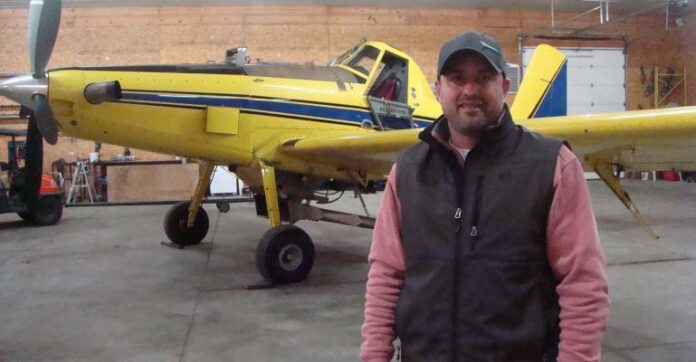 Nick Yoder says he occasionally deals with perceptions of people who are convinced his planes are causing them problems. Yoder, owner of Nick’s Flying Service, LaGrange, Ind., says it’s not a huge problem, but goes with the territory of running an aerial application business.

“Once, we had a Michigan state trooper who was convinced that we’d sprayed him and got him soaking wet,” he says. “We were flying-on cover crops. We try really hard to be respectful of people and their activities, but we still get the occasional complaint from those who don’t understand what we’re doing.”

Read more on this story at the Indiana Prairie Farmer