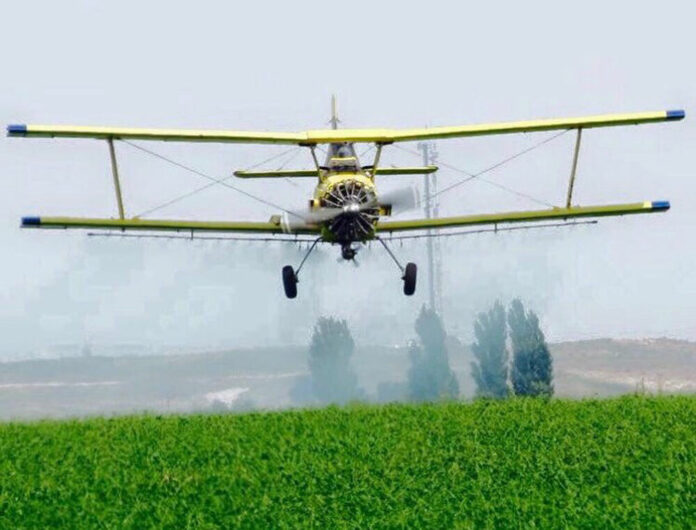 Farming and flying are a way of life for Ryan Dietrich.

As the pilot for SkyTractors, Dietrich combines those two things by flying the company’s Ag Cat spray plane. SkyTractors is a family business with Dietrich as the pilot. His father, Jim, and brothers Aaron and Adam make up the rest of the business group, taking care of the books and mixing and loading chemicals among other things.

Ryan Dietrich began flying commercially in 1999. As he was growing up, he watched the pilots who would spray fields for his family.

“Growing up, I was always intrigued by it,” Dietrich said. “I’d watch Terry Harimon and Mike Ulken fly, and I’d always ride my little motorcycle or four-wheeler or whatever I had and fly around the farm.”

While they still farm, the Dietrichs have added the spraying business.

He went to Sam Riggs Flying Service in Claremore, Oklahoma, to be certified to fly. Jim Dietrich said Sam Riggs told him Ryan was a natural, and it’s rare when a student displays such an ability to become one with the aircraft.

After that, Dietrich went to work for Monty and Steve Reisig at Reisig Brothers, where he said he learned a lot from Ulken. Dietrich flew for WESTCO for a few years, then bought his own plane.

Read more on this story at the Star-Herald