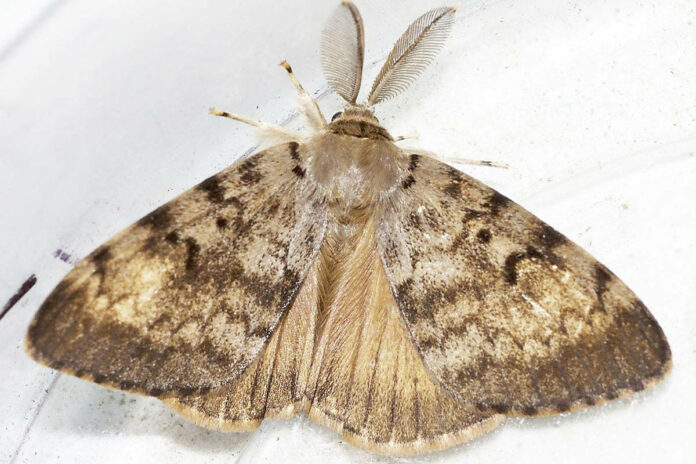 The DNR said planes will treat sites in Indiana after treatments in Ohio are completed. If treatments do not occur on Tuesday, they will take place as soon as weather is suitable.

Treatment typically begins in the early morning and continues until completed or stopped by weather. During treatments, the DNR said airplanes will be flying 75-125 feet above the treetops. The mating disruption technique has been used in other states and in Indiana since 1999 and has proven effective where there is a low-level infestation and female moths are difficult to find.

This year’s mating disruption treatments will be an aerial application of SPLAT GM-Organic, the DNR said. SPLAT is a liquid that carries the scent of the female gypsy moth and falsely indicates an abundance of females in the treated area. The males are unable to find a female, fail to mate and no offspring is produced.

The DNR said the application poses no health threat to people, pets, livestock or other animals. Promptly washing vehicles with soap and water will remove the product.

Read more on this story at WANE.com