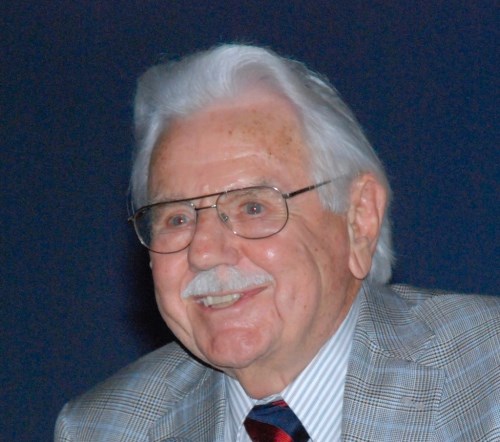 Adapted from the Daily Democrat

Millton B. Watts passed away peacefully at his home in Woodland, CA, in the early hours of March 7, 2022. He was 102.Milton was born October 23, 1919 in Napa, CA to Edna Cookson Watts and Silas Burns Watts. He was one of five brothers, Vern, Robert, Lee and Gordon Watts, all of whom preceded him in death. Growing up during the early years of manned flight, he spent a lifetime pursuing both the pleasurable and business aspects of aviation, including pioneering work in agricultural seeding and spraying as well as aerial firefighting.Taking his first flying lessons during the Great Depression, he first soloed in a Velie Monocoupe aircraft in 1937. He earned his civilian Flight Instructors rating in 1940, and taught Army Air Corps cadets as a Civilian Pilot Instructor during the early 40s. That activity took him to Fort Stockton, TX, where Dorothy Gray was working for the flight school. Milton and Dorothy were married in 1942.As WWII broke out, Milton joined the Navy as an officer and was assigned to bases in Florida and the Caribbean. As an executive transport pilot, he flew many aircraft including the PBY Catalina Amphibian, and a Beech Staggerwing new from the factory in the early 1940s.After the war, Milton and his brother Vern returned to Yolo County, working as ag pilots for Herbert Weggers, then buying a 2/3 share in Weggers’ Seeding and Dusting. Unfortunately Vern died in an ag flying accident in 1950. Milton and Dorothy subsequently purchased the remaining shares in Weggers’ operation, founding Watts Agricultural Aviation. Weggers Field, originally founded by the Yolo Fliers Club in 1919, was renamed Watts-Woodland Airport. The airport is now thought to be one of the oldest continuously operated, privately owned, public use airports in the country.Following his love of the Beech Staggerwing, Mr. Watts founded Woodland Aviation as a Beechcraft dealership in 1963. The company expanded to a successful regional dealership and nationally recognized aviation operation. Milton was named Beechcraft Man of the Year in 1989.Milton, along with seven other agricultural aviation operators also founded TBM, Inc. an early California air tanker and forest firefighting business, pioneering the conversion of surplus military transports and bombers to firefighting applications.Milton continued as an active pilot and flight instructor until 2004, accumulating well over 25,000 flight hours. He was also an avid ham radio operator and boating enthusiast. Milton was active in both the Woodland Methodist and Presbyterian churches.After Dorothy passed in 2006, Milton married Erma Elizabeth Neal in 2007. They were fortunate to be able to travel and enjoy their later years until Elizabeth passed away in May of 2020.Milton B. Watts was preceded in death by his daughter, Lois Carol Watts-Oliver in 1989 and is survived by his two sons, Steven Gray Watts and Milton Bruce Watts (Stacey); and granddaughter, Calista David (Seth), as well as numerous nephews and cousins.The family would like to extend our thanks and gratitude to his team of home caregivers over the past three years.Following a private family funeral, there will be a community celebration of Milton’s life at the Watts-Woodland Airport, 11 a.m May 21, 2022. The event is in coordination with a monthly airport fly-in event from 8 a.m. to 1 p.m. the same day.In lieu of flowers, if you wish, the family is asking that donations be made to the Watts Scholarship at Woodland Sunrise Rotary Foundation.