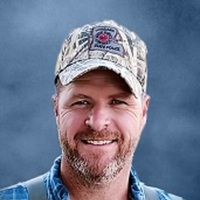 William “Gill” Pias, 44, died at 11:45 am, Tuesday August 2, in Cheneyville, LA. He was a do it all man, jack of all trades. He was the owner of Truelite Signs, and GHS Cane Company, but had his hands in several other businesses throughout the years. He was the kind of man who put his whole heart into everything. Gill was a farmer and a pilot, but first an amazing father and loyal husband. Gill was a man who never met a stranger and was good at everything he ever decided to try. He had a passion for agriculture and aviation and that passion continues through those he has left behind.