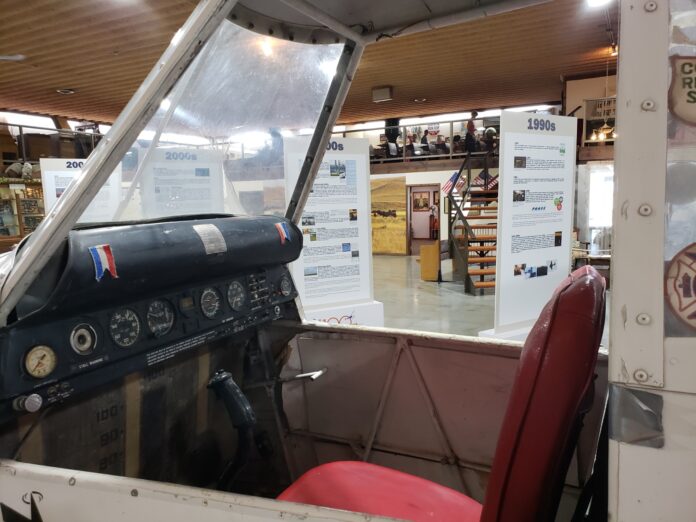 HOLDREGE, NE-The Nebraska Prairie Museum is hosting a temporary exhibit entitled: A Century of Agricultural Aviation 1921-2021. This exhibit, developed in 2021 by the National Aerial Trades Association is at the museum courtesy of local aerial sprayers. This is the first time this display has been on exhibit in Nebraska.

The new exhibit displays five panels featuring detailed aviation history by decades from the 1920s to today’s precision aerial applicators. There is also a Piper Pawnee cockpit fuselage for those interested in getting a close-up view.

The exhibit will be on display for the next three or four months. An open house is being planned, but the display is open now for the opportunity to see how important Agriculture Aviation is to the ag economy. Read more at https://ruralradio.com/kuvr/news/ag-aviation-exhibit-opens-at-museum/