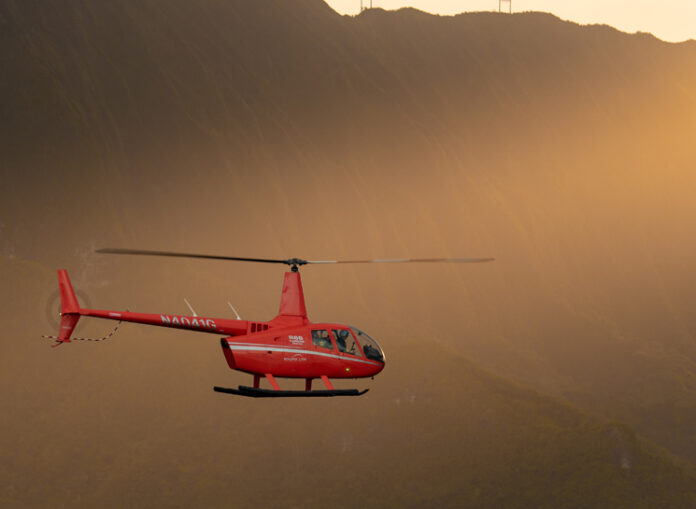 Torrance, CA – (24 September 2019) Robinson Helicopter Company announced the R66 Turbine fleet surpassed 1,000,000 flight hours. The R66 with the Rolls-Royce RR300 turbine engine achieved the million-hour mark without a single reported in-flight engine failure. This accomplishment demonstrates a level of reliability that exceeds EASA’s stringent requirements for single-engine helicopters performing commercial operations.
“We believe this milestone is a testament to the R66’s outstanding performance and confirms its place as a leader in the helicopter industry,” said Kurt Robinson, President of Robinson Helicopter. Certified in October 2010, the first production R66 was delivered the following month. Since then, over 960 R66s have been produced, providing dependable performance to operators all over the world. Not only has the R66 proven itself on a daily basis but it has also risen to the unique challenges of flying to the North Pole and circumnavigating the globe multiple times. When asked about the R66, Robinson dealer Les Gillespie of Gardner Aviation (Peachtree City, Georgia) said, “The R66 has quickly become our dealership’s number one selling helicopter. Our customers compliment its power, space, and stylish looks. With all the available options like SAS Autopilot, extended range fuel tanks, and glass touchscreen panels, the R66 can be configured to meet the needs of any pilot or helicopter flight department.” Robinson Helicopter Company, along with its international dealer network, is expanding its global presence by providing high quality, reliable helicopters throughout the world.