Land and Sky Passions for Father and Son 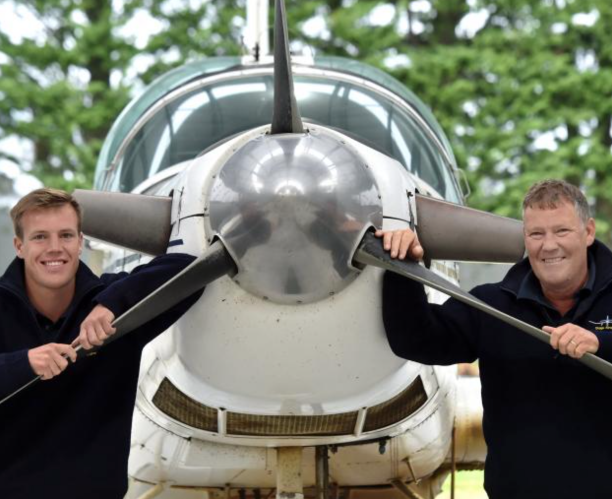 Des Neill never had any expectations his son Ryan would follow in his footsteps in the agricultural aviation industry and inherit his interest in farming.

All he cared about was that he was happy.

But having watched his father grow Otago Airspread — the business Des established with wife Elaine in 2000 — Ryan had his heart set on having a career in the air while also spending time on the land.

‘‘I’ve watched Dad as I’ve grown up … he started the business when I was six months old, so I just grew up watching and wishing I could do that,’’ the 22-year-old said.

While he was keen to get into flying straight after leaving secondary school, his father suggested that was not the best idea and he completed an agriculture degree at Lincoln University.

He gained his commercial pilot licence last year and joined the team at Otago Airspread this year, having gained his agricultural rating.

Des felt ‘‘quite privileged’’ to have a family member coming through.

‘‘It’s nice to know this will still be a family business for another generation.

Rather than having to go out and look to employ a top-dressing pilot, he joked they ‘‘had to breed our own’’ — ‘‘that’s one way to solve a problem’’, he said.