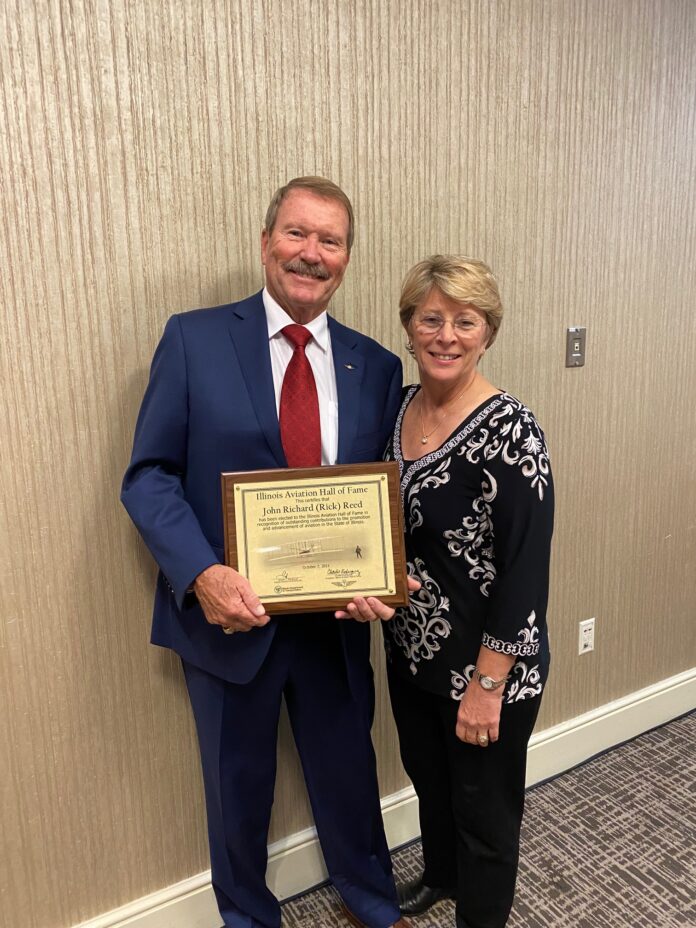 For over 40 years, Rick Reed has been the voice of agricultural aviation in the state of Illinois.  Raised on a farm in Ashmore, Illinois, Reed earned a degree in Agricultural Economics from the University of Illinois in 1970.  He then served as a U.S. Army Field Artillery Officer until 1975, when he returned to Illinois and started his agricultural flying business, Reed’s Fly-On Farming.

As he gained experience in aerial applications, it became clear to Reed that a strong, united voice was essential for the agricultural aviation industry to thrive and gain respect.  He joined the Illinois Agricultural Aviation Association (IAAA) and by 1982, had held all the offices in the IAAA and was elected to the Board of Directors of the National Agricultural Aviation Association.  In 1983, the IAAA created the non-expiring position of Executive Director for Reed to expand his leadership of the association and the agricultural aviation industry in Illinois.  It was a non-paying position but Reed prioritized it with his time, both in season and out.

Reed served as Executive Director of the IAAA for 35 years, retiring in 2018.  He had become the liaison between the Agricultural aviation industry and the Illinois Legislature, Department of Agriculture, FAA, Illinois EPA and other Illinois regulatory agencies.  He lobbied in Springfield, testified in legislative hearings and helped write key legislation pertaining to the industry.  He is a recognized expert on aerial applications for Illinois agriculture.

In his 40-year career in aviation, Reed amassed nearly 20,000 hours of flight time and holds a multi-engine Airline Transport Pilot’s certificate.  He has been honored on several occasions by his industry and received the FAA’s Wright Brothers Master Pilot Award in 2020.

The Illinois Aviation Hall of Fame honors Rick Reed for his contributions to Illinois aviation, and for his service in agricultural aviation at both the state and national level.