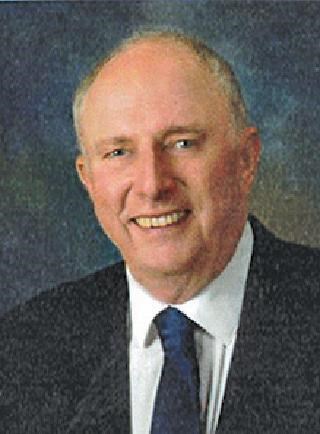 On March 22, 2022, James Howard “Jimmy” Vreeland peacefully took his final flight home.
He was born on November 27, 1943, in Milford, Del. to the late Howard and Mary Vreeland.
Jimmy was a graduate of Milford High School, class of 1961.
At the young age of 15, Jimmy found his calling when he took flying lessons. He soloed at 16, received his private pilot license at 17, his commercial certificate at 18, and his flight instructor rating at 19.
He began his flying career during the summer of 1962. Jimmy logged over 200 hours of flying time between May to October of that year while working for Cal Hollis.
He then decided to work as a flight instructor at Laurel Airport, and later at Piedmont Airlines. Between 1963 to 1970, he worked for John Reed and taught 565 student pilots.
From 1970 to 1983, he crop-dusted out of Milford and Greenwood. Jimmy could work directly with local farmers, addressing any challenges that they had.
When not crop-dusting, he flew a Pitts Special for air shows. Jimmy had a special low-altitude waiver and did precision point rolls, inside and outside loops, and other amazing maneuvers.
From 1983 to 2003, he flew for Piedmont Airlines, where he became a Captain, Instructor, and Check Airman for the airline. Captain Vreeland was highly regarded with both airline management and line pilots for his strict adherence to the safety of flight and mentoring of new pilots, who received their initial operating experience under him.
After retiring from the airline, Jimmy continued to crop-dust locally from 2008 to 2014.
Jimmy was inducted into the Delaware Aviation Hall of Fame in 2016. He logged over 33,645 hours of flight, flying 102 different aircraft and instructing 984 pilots over his 53 years of instruction.
Jimmy is a member of the Quiet Birdman (QB), but that isn’t something we talk about.
When not flying, he enjoyed reading, studying military history, and riding his Harley Davidson, which he took across country twice. Jimmy was known to attend as many of his grandchildren’s sporting events as possible. He enjoyed animals and never met a critter he didn’t love.
Jimmy is survived by his wife, Marjorie “Kay” Vreeland; his son, Shawn Vreeland and his significant other Shawna McElroy; his daughter, Dawn Leighty and her husband Thomas “T.H.”; his grandchildren, Daphne and Mitch Leighty; his sisters, Mary Lou Webb and Kay McFadden and her husband Jim; his nephew, Stephen Clute; his first wife, Darlene Vreeland; and his close friend, Ronnie Southard.
The family will receive visitors at Rogers Funeral Home, 301 Lakeview Ave., Milford, from 3 p.m. to 4 p.m. on Sunday 3/27 and 10 a.m. to 11 a.m. Monday 3/28, with a funeral service at 11 a.m.. DUE TO HEALTH OF ATTENDING FAMILY PLEASE BRING A MASK WITH YOU.
Interment Milford Community Cemetery.
In lieu of flowers, donations in his name may be made to the Brandywine Valley SPCA, 22918 DuPont Blvd., Georgetown, DE 19947.
For condolences, please visit www.rogersfhmilford.com