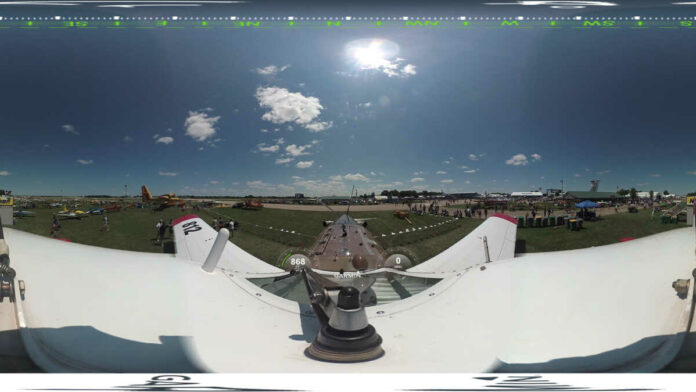 While most of you, at least in the northern hemisphere, are buckling down working through the peak of the spray season, I’m sitting here in 95°F heat in Georgia planning for a 16-day trip to Brazil and Uruguay. I’ll get a break from the heat with these countries being in their winter. But, the last part of the trip in Uruguay promises to be too cold by my standards.

While in South America, I’ll be making the rounds visiting advertisers and subscribers between attending two conventions, one in each country. The Brazilians have an excellent convention with an impressive attendance and over 120 exhibitors. It rivals NAAA’s ag-expo in many ways. The convention in Uruguay represents the countries of Argentina, Brazil and Uruguay; with rotation between each country yearly. This convention will not be very large, much like a U.S. state trade show.

In my spraying years, even with the long days, seven days a week, I was always able to manage the extreme workload. I knew the light at the end of the tunnel representing the end of the season was getting closer each day. Having hung up my helmet and replaced it with a laptop, there is no light at the end of the tunnel anymore. AgAir Update demands year round attention with emphasis on winter months with convention travel. I’m not complaining, just noting. It’s a different life, but I consider myself fortunate to have been able to experience both ag-flying and ag-writing during my 45 years of ag-aviation. When you consider the overlap, I have been able to do each nearly equally; 27 years ag-flying and 34 years ag-writing. Where the heck did the time go?

If you remember in my May editorial titled, “You bought what?”, I was trying to wrap my head around Graham buying a drone to compliment our in-house photography. Well, this month’s cover photo about Matt Woolard in Arkansas was taken with that drone. Leave it to Graham to figure out a better way to do something! I’m impressed with the resulting photographs and look forward to more creativity.

As if buying a drone was not enough, I saw an invoice come through this week for a 360 camera. What is a 360 camera? It is just what the name says. It takes video in 360 degrees. The plan is to mount the 360 degree camera, along with a host of others, on an AT-802 SEAT aircraft that will be participating with NAAA at EAA’s 2019 AirVenture in Oshkosh, WI. From the video, we should be able to make VR (Virtual Reality) videos where the viewer wears those funky glasses and by turning the head will see what a pilot sees while in the cockpit.

The Brazilians did this last year. They use it extensively to introduce the uninitiated to ag-flying for some of the best positive public relations that you can imagine. Their aircraft is a C-188 Ag-Truck, from takeoff to landing, going through a series of spray runs.

In the case of the AT-802, the viewer will have a front-row seat to the aerial firefighting demonstration done during the world’s largest airshow. Speaking of aerial firefighting, you did know that AgAir Update removed its quarterly section and debuted a brand-new magazine, AerialFire, right? The emphasis is on all that is aerial firefighting. Check out the website and sign-up for a free subscription to the print magazine at www.aerialfiremag.com

I hope I’ve not jinxed our virtual reality project by referring to it in this editorial. If it turns out to be successful, I’m sure you will have an opportunity to enjoy this extremely interesting experience. By the time you read this, the video should be online.

Everyone take a deep breath, look around ya, and think about getting through the rest of this season without an incident. Until next month, Keep Turning…