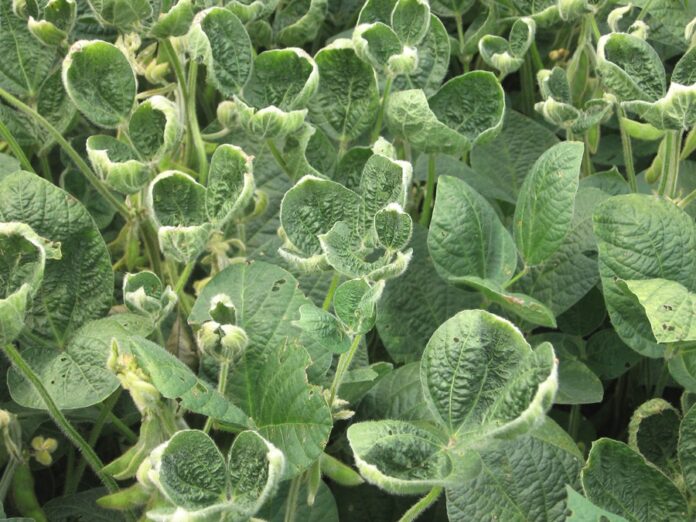 he Arkansas Department of Agriculture’s State Plant Board held a regularly scheduled board meeting on Wednesday, March 3, 2021.

During the meeting, the board considered a petition for rulemaking seeking changes to the current dicamba rule, Section XIII (B) of the Arkansas Rules on Pesticide Use, found HERE . After discussion of the petition, the board voted to initiate rulemaking and proposed a rule that, if adopted, would allow farmers and applicators to follow the federal label in the use of dicamba.

The proposed rule would allow the over-the-top spraying of Engenia, Xtendimax, and Tavium through June 30 on soybeans and through July 30 on cotton. The proposed rule will also require a pH buffering agent, also called a Volatility Reducing Agent, to be tank-mixed with dicamba, and will require a downwind buffer of 240 feet.

In accordance with the Arkansas Administrative Procedure Act, the proposed rule will be open for public comment for 30 days. Following the public comment period, the board will review any comments received and determine if any changes should be adopted as a result of the comments. The rule will then go the Arkansas Legislative Council’s Administrative Rules Subcommittee, with additional review and approval by the full Arkansas Legislative Council before becoming effective.

The current cutoff date for spraying dicamba in Arkansas is May 25. The May 25 cutoff will remain in effect until a new rule has received final approval.

A copy of the proposed rule and notice of the 30-day comment period and future Plant Board meetings will be available on the Arkansas Department of Agriculture’s website as they become available.