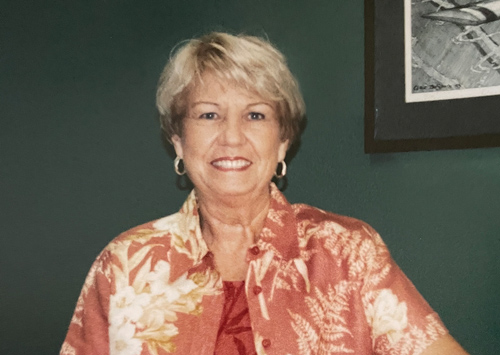 Dorothy Mae Smith Kimmel was born on October 15, 1932 in the community of Skuna Bottom, Mississippi, near the town of Houlka, and passed away quietly in her sleep on March 30, 2021.  She is survived by her beloved sister Ethelene Keck of Gastonia, NC; 4 sons, William L. Kimmel (Edra) of Flowood, MS; Richard L. Kimmel (Terri), Greenwood, MS; Mark A. Kimmel (Kay) Greenwood, MS; and Frank S. Kimmel III (Courtney) Greenwood, MS; along with 11 grandchildren and 21 great grandchildren.  Dorothy was preceded in death by her parents Loyd Smith and Annie Mae Smith (McKnight) and one son Stephen Claude Spratlin.

During her life, Dorothy was beloved by all who knew her and was respected by everyone who did business with her.  She treated everyone with grace and respect and never met a stranger.  One of Dorothy’s friends once said that when she died, they would need “one casket for her body and another one for her heart”.   No truer words were ever spoken for a woman that loved her family, friends and customers all the days of her life.

Dorothy graduated from Houlka High School in 1950 and played Basketball for 1 year at East Mississippi Jr. College.  In summer of 1950 she finished in the top 10 of the Miss Hospitality pageant held in Biloxi Mississippi, which was a qualifying competition for the Miss America pageant.  After living for a period of time in Georgia, she moved back to her hometown of Houlka, MS, and in 1966 married the late, F. Stewart Kimmel, Jr., and settled in Houston, MS. In 1972 she started Kimmel Aviation Underwriters to place insurance coverage for Agricultural Aircraft.  In 1977 the family moved to Greenwood, MS where the business continues operating to this day.  The company was later incorporated in 1979 as Kimmel Aviation Insurance Agency, Inc. and grew to be known worldwide as the leader in Ag Aviation Insurance, in large part due to Dorothy’s work ethic, love of people, love of flying and the desire to “take care of” everyone she knew.

A visitation will be held on Tuesday April 6th at the North Greenwood Baptist Church from 5 pm to 7 pm in the Sanctuary.  A private graveside service will be held at a later date in Verona, MS.  Greenwood Delta Funeral Home is in charge of the arrangements.   In lieu of flowers the family asks that memorials be made in honor of Dorothy Kimmel to one of the following organizations.  United Way of Leflore County, St. Jude, or the National Agricultural Aviation Association.