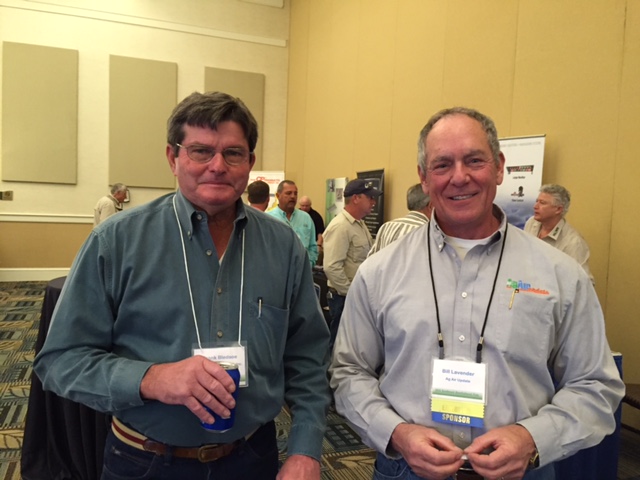 I met Frank Bledsoe when I first opened my flying service in Marshallville, Georgia in 1975. He was my competitor. He was already established in the business when I came along. I was young and full of energy. Both Frank and I were operating Ag Cats at the time, and he was in the next county over. We were friendly competitors, but competitors none the least. Frank was a minimalist. He only owned equipment that he needed and that was mechanically sound. As a new operator, I hadn’t learned that very valuable lesson. I was making up the rules as I went along.

In the 1970’s, the federal government had a Payment-In-Kind (PIK) program, established in the 1960s by the Kennedy administration to address the large surplus of grain and corn. Over a billion bushels of corn and wheat were held in surplus. This program, in the most simplistic way to explain it, paid the farmer to not plant. As an already marginalized operator, this program sliced acres from my operation. To add insult to injury, and at about the same time, my PT6-11AG, serial number 1, failed on takeoff. I couldn’t fiscally recover. I did the only thing I knew to do, and that was turn to Frank, my competitor, for a job. Frank and I worked out the logistics; I got a pickup truck and the ability to continually fly. He absorbed my flying service (and the debt) in return.

I was down on my luck, beating myself up over having to go to my competitor. But, little did I know, this move established my life-long career in ag aviation and Frank Bledsoe became my mentor. I thought I knew how to do it all, and I thought Frank just did things “differently”. I changed the way I approached almost every aspect of the business, from flying to managing to now being a pilot for someone else. Frank did things right, and he did them right the first time around. I had over 10 years of doing things “good enough”; Frank instilled work ethics and lessons that I keep with me to this day.

Mentorship in ag aviation is imperative. The old saying goes “you don’t know what you don’t know”. That couldn’t be more true. Years of learning from mistakes, what works and what doesn’t work. Years of knowledge that cannot be found in a book, a certification course or through self exploration. Mentorship makes everyone better, and will continually be the preferred method for new pilots to enter our industry.

I tell aspiring ag pilots to find a mentor, and absorb every word that comes from their mouth. Start on the ground, then go into the office. Learn how they do business, how they interact with customers, how they take care of their equipment. Digest all this information, then move to the airplane. Learn how they turn, how they taxi and how they approach safety. Learn how they rest, how they give it 110% during the times when there is more work than hours in the day. Learn how they stayed alive. Learn it all. They are giving you a gift that you cannot put a price tag on. Appreciate it.

On April 3rd of this year, we lost Frank Bledsoe to health complications. He spent his life in an ag plane and on a tractor. He worked tirelessly until the day he died. Frank taught me many lessons along the way. I flew for him until the early 2000’s, learning the entire time.