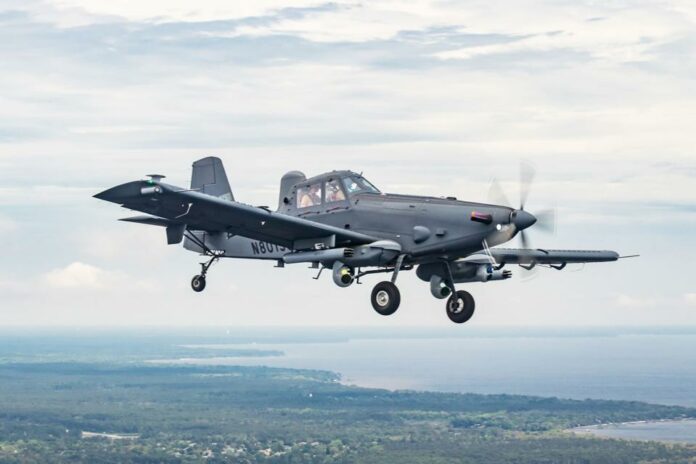 It’s based on Air Tractor’s familiar AT-802 agricultural application airplane. About 36 of these “crop dusters” already operate on the continent. That could be a factor in the selection of a Draco replacement if SOCOM’s Armed Overwatch acquisition gets funding.

Earlier this month, SOCOM awarded five companies a total of $19.2 million to demonstrate potential low-cost aircraft to fly surveillance and deliver strikes in austere locations like Africa. The potential “armed overwatch” role such an airplane would fill is seen by some observers as an extension of the Air Force’s aborted Light Attack aircraft program (2009-2020).

Read more on this story at Forbes.com