One Part Wet and the Other Dry … 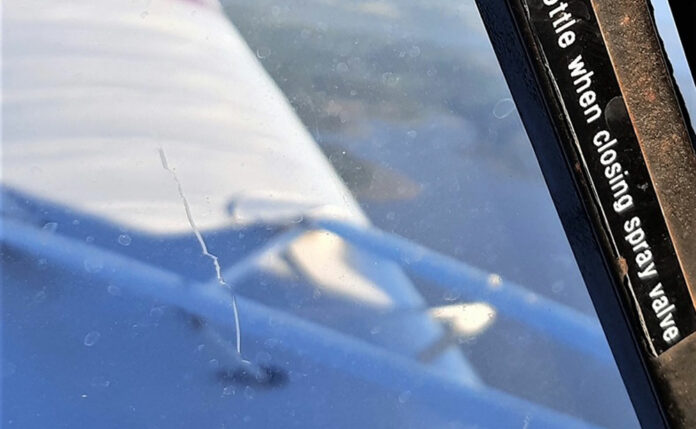 The pilot opened his eyes and what he saw was the ceiling of a white room, “Where am I,” he wondered? He looked down and could see cables connected to his body, turned his head and saw monitors and computers in his hospital room. The last thing he remembers is the tree branches approaching at incredible speed, hitting the windscreen of his plane and his arm covering his face in an effort of self-preservation.

This story can be fantasy or reality. What is not fantasy is the fact that in agricultural aviation the details make the difference. There is a factory placard on my plane that says: “Caution: loose sleeves can retard the throttle when closing the spray valve” and that’s what happened to this pilot. By closing the spray valve, his sleeve retarded the throttle and the plane was left without power at a critical moment.

WHY DO DETAILS MATTER?

If you are sitting in the cockpit of an agricultural aircraft, you fly very well, you know how to make applications and sometimes the piloting technique is done mechanically. What not all of us know and learn from bad experiences, scares and moments of terror is that small details can kill us. There are so many details that it would be impossible to talk about all of them, so I am going to discuss two examples that happened to me.

THE HORROR OF BRAKES THAT DO NOT RESPOND

Many current checklists include in the phase before landing, “Brake pressure: Check”. In agricultural aviation we usually do not use such detailed checklists and in our operations it is not practical to make a checklist before each landing.

On one occasion after landing with a slight crosswind, as the plane’s tail wheel touched the ground, it began to drift into the wind due to the weather vane effect. That’s when I hit the brakes to avoid drifting and there was nothing, the pedal had no pressure. The next thing was an adrenaline strike and then the wing hit a pole. Fortunately, a dent in the leading edge of the wing was the physical consequence for my plane. The hardest blow was to my ego for not having tested the brakes on final and detected that the brakes did not work.

With much terror, I discovered the sinister combination of humidity, cold and windshield with traces of agrochemicals on the windscreen. One autumn morning, after washing my windscreen, I started the takeoff run and the windscreen, as if by magic, began to turn white preventing me from seeing anything ahead. Looking through artificial myopia, flying the plane was the makeshift solution. Then I recovered from the shock and with the plane under control, I opened the side air intake of my window and I cleaned a spot of about 10 cm that allowed me to land safely.

Behavior change expert and great writer James Clear in his excellent book Atomic Habits, talks about the power of little habits. In fact, the book refers to the name Habits (routine or practice that is carried out on a regular basis) and Atomic (small amount of something, source of immense energy or power). Clear talks about the “aggregation of marginal profits”. The principle of this philosophy is based on isolating each one of the aspects of our activity and simply applying an improvement of 1%.

There are distraction details, like using the cell phone, adjusting the pressure of the spraying equipment, looking at the amount of liquid in the hopper in the swath, glare and even cows on the track. Distractions and details have the potential to significantly threaten safety in all phases of flight. These are details, which would not be very important in the general context of agricultural work, but in the event of an accident, yes.

As an agricultural pilot, I cannot prevent the plane’s brakes from failing. However, I can check it. I also don’t have the ability that Charles Lindbergh had to land his plane without a windshield at night in Paris, but I can use a clean rag for my windshield. I can educate my ground support to use a wet end of the rag to clean the windshield and with the dry end, remove the remains of the product from it.

As Clear says, “Your results are the reactive indicators of your habits. The little battles we win every day are what define our future.” So every time your helper goes to clean your windshield, tell him, “One end wet and the other dry.”

Martin da Costa Porto is an Uruguayan ag-pilot and ag-pilot instructor. He has over 20 years experience flying ag and over 3,000 hours of flight instruction. He currently flies an AT-402B turboprop Air Tractor in Uruguay.