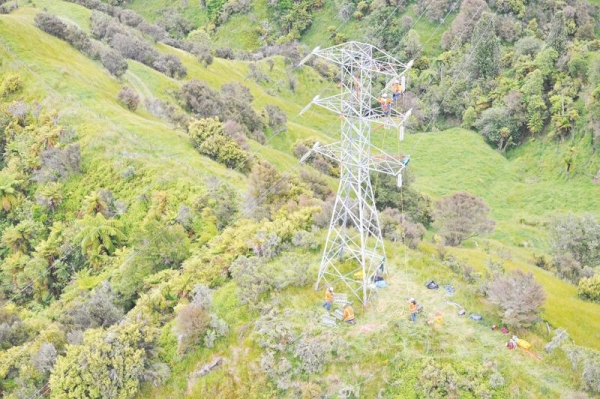 A Coroner has recommended “visual aids” on remote power lines as a way to help stop a repeat of a fatal air crash that killed two Gisborne men in 2016.

They died after the aircraft flew into high-voltage power lines and crashed. Both suffered multiple injuries and died at the scene.

The whole of Gisborne was without power for more than 30 hours while line repairs were done — affecting tens of thousands of homes and people.

The coroner said the accident happened after Mr Anderson deviated from a planned flight path, most likely due to the presence of another agricultural pilot also operating in the area.

After viewing photographs of the area and of the wires Coroner Heather McKenzie noted the wires “are very difficult, to me, to see” in the photographs taken from a distance.

The second pilot working in the area was familiar with the lines and noted they were “almost impossible” to see.

“As the coroner now responsible for concluding the inquiries into Mr Anderson and Mr Solouota’s deaths, I recognise the time that has passed since the accident in December 2016,” Coroner McKenzie said.