Ben Buckley’s exit an unlikely end to a dangerous life 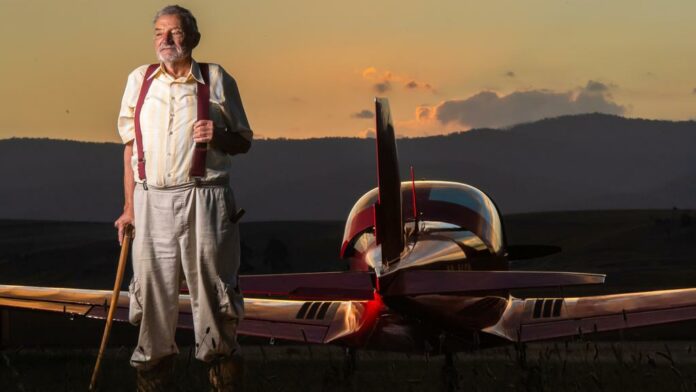 They will tell a power of stories about Ben Buckley at his funeral this Friday, most of them true.

The bush pilot from Benambra on the Omeo high plains was a legend a long time before he died in his sleep last week — an exit so peaceful it seemed an unlikely end to a dangerous life.

Buckley looked like a pirate who’d misplaced his eye patch and parrot. He had a streak of mischief as wide as the Snowy River and took a lot of chances. But it turns out that underneath the blarney, the bulldust and the barnstorming antics, he knew exactly what he was doing.

This might come as a surprise to the few aviation officials who managed to outlive him after six decades spent trying to outwit him.

Part of the Buckley legend is that his pilot’s license was canceled a dozen times by “desk flyers” outraged at his casual attitude to the commendably strict regulations that govern aviation in Australia.

Read more on this story at the Herald Sun Australia