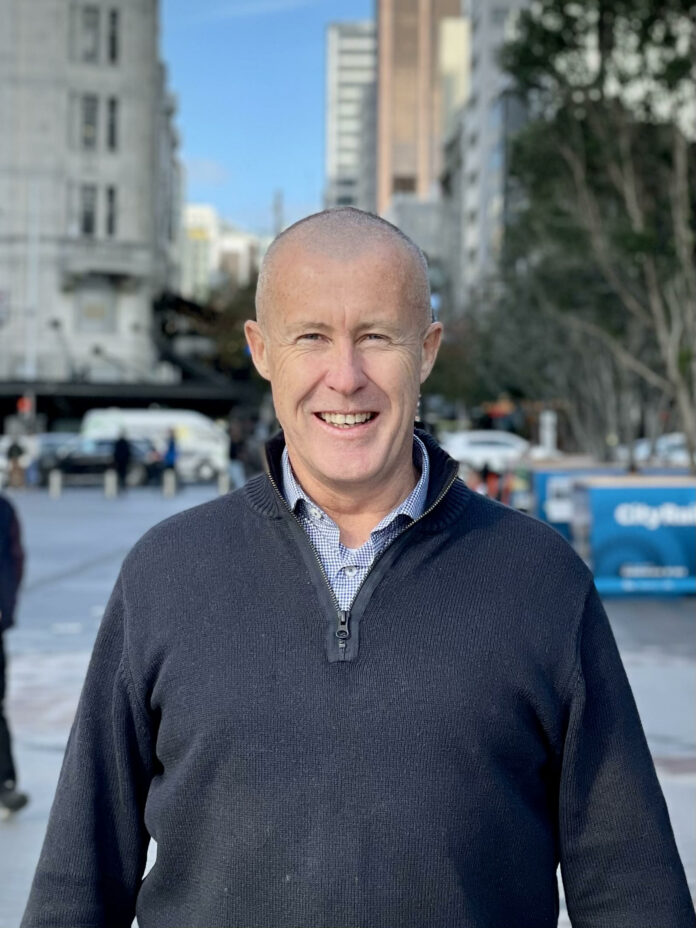 New Zealand tracking company TracPlus announced today that it has appointed Tim Lynskey as their new Chief Executive Officer. Tim takes on the role after 15-months as TracPlus’ Chief Revenue Officer (CRO) and at a pivotal time for the company as it continues the commercialisation of its wildfire response software, TracPlus Cloud.
During Tim’s time as CRO, he has been instrumental in stabilising TracPlus and steering it through to a profitable recovery after COVID-19 disruptions in the aviation sector derailed projected growth.
Prior to joining TracPlus Tim has spent three decades in leading successful sales teams in New Zealand and internationally. His specific knowledge in the data analytics, tracking, and emergency management markets enable a ‘bigger-picture’ approach to leading the company to being the global market leader in the wildfire response management market.
Tim says that in the past the company has adopted a broader strategy which meant the focus was spread too thinly but he’s excited to accelerate TracPlus’ growth by narrowing the strategic focus and delivering solutions that directly benefit the people who depend on us.
“Going forward, TracPlus will be laser-focused on delivering world-class solutions to the wildfire market. We will build on our expertise as world-leaders in real-time location data, and develop additional services that provide situational awareness, tactical support, and insights to customers to help them increase their efficiency and keep their people and equipment safe,” says Tim.
To underpin TracPlus’ customer-centric approach, Tim is undertaking a four-week worldwide trip in March 2022 to get out and meet customers face-to-face and learn how TracPlus can deliver even more value to their operations.
About TracPlus
As the trusted provider of the mission-critical tracking and communications platform of first responders, government agencies, militaries, and other critical operators around the world, TracPlus has been present at virtually every major disaster response globally in the past five years.
We tie multiple data streams and asset types into a single view of the truth for mission-critical operations and deliver situational awareness to operators, irrespective of who owns the asset, what the asset is, who provides the tracking, or what the platform or signal type is — be it radio, cellular or satellite.
Our powerful, cloud-based platform allows organisations to track, manage, monitor, and message their personnel and resources, including land, maritime, and aviation assets, to keep crews safe, conserve resources, and maximize coordinated efforts.
TracPlus is the only commercial provider to deliver a whole-of-country solution for integrated aircraft tracking in the wildfire management space.
Company History
TracPlus has its roots in search and rescue after a boating triple-fatality in 2003 off the coast of New Zealand’s South Island. The vessel had a traditional 121MHz-style rescue beacon which provided a basic locational signal but due to the requirement of multiple satellite passes to pinpoint the rescue location it meant that four possible locations for the party were identified on different sides of the country. It wasn’t until almost three hours after the initial incident occurred that the rescue team were able to find the vessel by which time three of the six occupants had succumbed to the treacherous conditions. Following this incident, the pilot of the rescue helicopter and a local technology enthusiast got together to come up with a better way to find people in distress; by actively tracking them all the time, not just when they need help. In late 2005, a small satellite-based tracking terminal was fitted to a helicopter and 18-months later, TracPlus was born. Since then we’ve earned the trust of over 1000 customers in 46 countries, operating 8,500,000 operational hours and have been onboard at most of the world’s largest emergency responses.