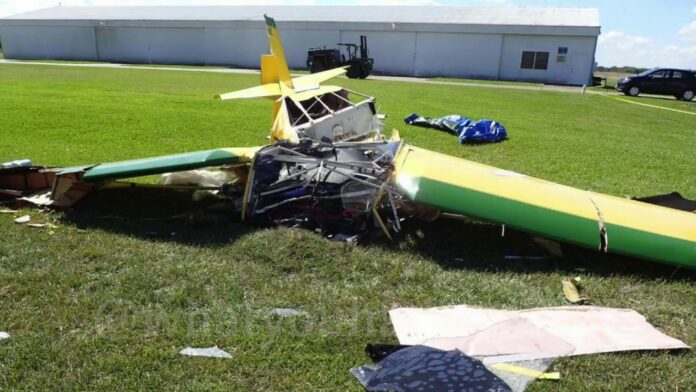 I look back on May with sadness. Two U.S. ag-operators lost their sons; one in a general aviation aircraft and the other in an Air Tractor. Ironically, this edition of AgAir Update features a father and two sons from Brazil with ag-operations and an aerobatic team. In 2015, the father and a brother watched as the oldest son fatally crashed during their air show performance.

I’ve known the Textor family for over 25 years. My first trip to Brazil in 1994, Beto Textor gave me a demonstration aerobatic flight in his RV-6. At the time, I did not know this Brazilian pilot and his homebuilt aircraft. I was a bit apprehensive and remember the flight to this day.

I also know the operators that lost their sons, one in Mississippi and the other in Texas. I can’t begin to imagine the pain and sorrow all of these men have experienced. I’m especially sensitive to it as my son, Graham, and I have worked together all his life, full time for the last 15 years.

I know of no words that can comfort. I’ve never worn their shoes. What can I say? I know from nearly 45 years in this business that this happens, an unexpected and unprepared loss. I can count several fathers that have had to go through this grief. I also know those that have suffered seem to come back from this abyss and go one with their lives. None that I know gave up, but continued on in aviation.

Often advice, told too many times, will fall on deaf ears. Such could be the case for this column that repeatedly stresses safety. There are so many phrases that make good analogies, “The seconds saved in a turn are not worth your life”, “Slow down and take an extra load”; you know the verse. My hope is every one that reads this column will retain it somewhere in their mind while flying. And, that pilot will do at least one conscious thing that day and every day to increase the safety envelope.

Low Altitude Tactical Navigation area (LATN), do you know what that is? I’m betting you don’t and nor did Atlanta FSDO. Read on.

From the U.S. Air Force’s (USAF) AFI 13-201, “an LATN is usually large geographic areas established for random VFR, low altitude navigation training to preclude flying over the same point more than once per day. Activities are in accordance with all applicable FARs and flown at an airspeed of 250 knots or less. MAJCOMs will determine establishment criteria. There is no required coordination with the FAA. LATN areas are not published on aeronautical charts.” Imagine that!

In April, a Georgia operator contacted me damn near in panic mode. He explained that although he was not in the air at the time, a pair of A10 Warthogs just flew over his airstrip at treetop level, then lowered closer to the ground after clearing the trees at a high rate of speed. He was right to be upset, very upset. However, per FARs Part 91.119 (c), an aircraft can fly at an altitude of 500 feet above the surface, except over open water or sparsely populated areas. In those cases, the aircraft may not be operated closer than 500 feet to any person, vessel, vehicle, or structure, but for an A10 Warthog?

The operator explained to me that if he had been spraying the field and pulled up at the pecan trees, a mid-air could not have been avoided. This is completely unacceptable.

I made a call to an Atlanta FSDO General Aviation FAA inspector that I know on a personal level. Since, we have talked at length several times about this incident. He contacted the USAF and told me they confirmed that in fact the incident occurred and was operating under the LATN area flight rules.

A Google search revealed the USAF’s governing document is its Air Force Instruction (AFI) 13-201 for these type of military flights. If you Google it, be sure you are looking at the latest revision dated 24 July 2018. It is 88 pages of legalese.

The USAF’s explanation did not satisfy the FAA inspector. He carried the matter up the FAA ladder of command to learn no one was aware of this unique “air space area”.

Regardless, the Atlanta FSDO FAA inspectors were in agreement that it is a safety issue. Within the Atlanta FSDO and the FAASTeam (FAA Safety Team) when carrying out Part 137 inspections and making safety presentations, the FAA will be advising pilots to be aware of LATNs. This effort will become nationwide through the FAASTeam program.

Short of a congressional mandate, I’m not sure how the safety issue of LATNs can be fixed. I see no practical way an ag-pilot can be vigilant enough when pulling up over trees to avoid a high-speed, low altitude military aircraft like the A10, or simply making standard procedure turns back into the field.

Somehow, the USAF needs to understand that the ag-pilot community is at risk. They already have Military Operations Areas (MOAs) and in my opinion that is where they need to operate high risk flights, unless prior notification is given.

The ag-operator that contacted me stated, “Just tell me when you are coming and I’ll get the hell out of the way!” I believe operators would gladly work with the USAF to maintain safety. Unless this happens, there is a high likelihood that a mid-air will occur. For your information, these LATN-type flights are nationwide, not just in Georgia. Read AFI 13-201. At the end of the document are phone numbers that you can call for each segment of the country and inquire for more information, directly with the USAF.