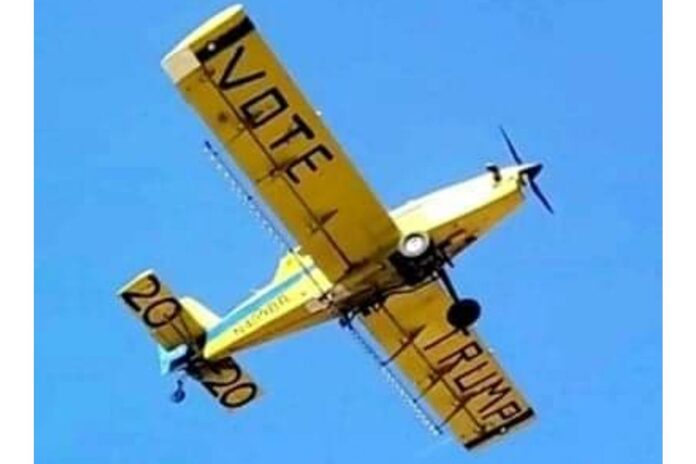 Look up in the sky, it’s a bird, it’s a plane. A Trump plane to be precise.

We got a call from Steve in Ballantine, Montana last week. He said he saw the coolest thing. It was one of those yellow crop duster airplanes that you see in the sky during this time of the year across Montana. The pilot was doing the cool acrobatic moves that you would typically see them doing. But then Steve said as he looked up, and there written under the wings were the words “Vote Trump” on the airplane. He said it was the coolest thing.

Read More on this story at KBUL.com