Real-life Dusty Crophopper is headed to the Smithsonian 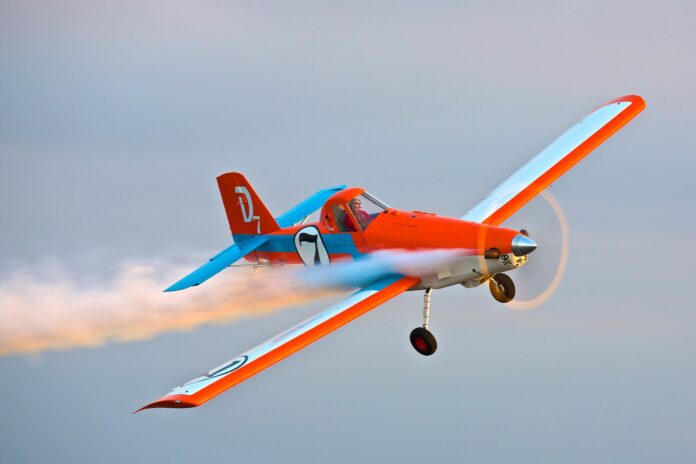 Dorothy Cochrane, curator of the Air and Space Museum’s General Aviation / Aeronautics Department, will be present to accept Dusty on behalf of the museum, recognizing his symbolic representation of the significance of aerial application to American agriculture. The event in Leesburg, Virginia culminates with Dusty taking off from the airfield there and flying to its new residence at the Udvar-Hazy Center of the National Air and Space Museum. Dusty will join NASA space shuttle Discovery, Bell X-1, Spirit of St. Louis, 1903 Wright Flyer, and other icons of aviation history in the museum’s collection.

Air Tractor President Jim Hirsch says the event and the airplane’s new home at the National Air & Space Museum is an opportunity to “let people learn how agricultural aircraft play a big role in helping feed the world and communicate how we do our job in a professional and responsible way to protect our environment.” He adds, “We are excited that an Air Tractor will represent the

modern aerial application industry to the thousands of visitors at the Udvar-Hazy Center each year.”

The real-life Dusty Crophopper airplane began its life as an Air Tractor AT–301 owned by Texas aerial applicator Rusty Lindeman. With much help from Air Tractor, Disney producers and Ultra Productions, Lindeman transformed the airplane into the movie’s lead character, Dusty Crophopper.

“In just six weeks, we rebuilt everything: the fuselage, the wings, and the tail. We replaced the radial piston engine with a Pratt & Whitney PT6A-20 turbine engine, and we had a propeller rebuilt,” recalls Rusty Lindeman.

Says Hirsch, “This was both an exciting and challenging special project. The compressed timetable for transforming one Air Tractor model into another — and obtaining the FAA certifications and approvals — meant many long days for our project team. But this was simply an event we could not pass up.”

Lindeman said the likeness to the movie Dusty Crophopper is very accurate, as they worked closely with the filmmakers, and Klay Hall, the movie director. Disney Studios provided pictures from the movie for reference, which were converted into paint scheme plans. The airplane’s exact colors were specified by Disney to match the on-screen character. Dusty has a white, blue, and orange paint scheme, the number 7 on the back half of the fuselage, and a big D on the tail. A cockpit windshield shade adds Dusty’s big blue eyes.

In the summer of 2013, the Air Tractor Dusty Crophopper airplane, piloted by Rusty Lindeman, zoomed to life as the hero of the hit movie Planes, flying aerial demonstrations for thousands of spectators at air shows across the United States and Canada. Thanks to Rusty and Lea Lindeman’s generous donation of the Dusty AT-400A airplane, it begins its next life. It will entertain and educate aviation enthusiasts about agricultural aviation’s important role in modern agriculture: helping farmers grow food and fiber products for the world.