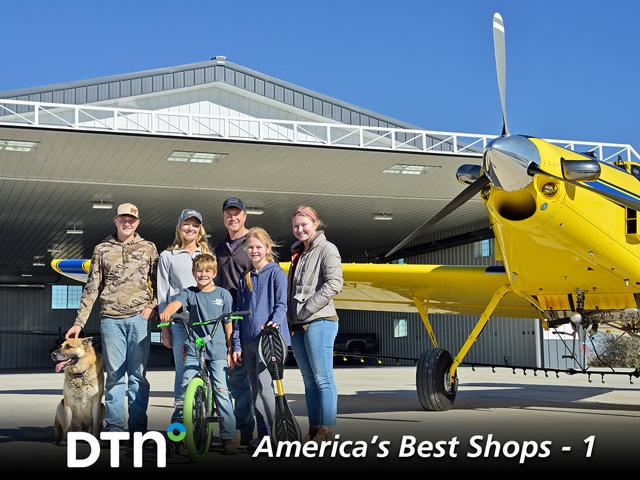 When you’re passionate about businesses, planning a multipurpose shop takes on new dimensions. Just ask Glenn Heinen, who owns and flies aerial application aircraft, and also has a grain farm near Seneca, Kansas.

“We had to work the planning backward,” he said of his now nearly completed building.

In this case, the starting point for planning was a 2,400-foot grass runway Heinen already had on his farm. The endpoint was the existing hangar and farm shop 200 feet east of his house. The goal was to deconstruct the 50- by 70-foot hoop building he had used for about 20 years and put up a metal building in the same footprint. The new building provides storage and maintenance for both aircraft and farm equipment.

Heinen interviewed several contractors and building companies before choosing Morton Buildings to help plan and execute the project. Before the design process even began, the company rep asked Heinen an insightful question: What’s the largest plane you might ever want to store in the building? Heinen considered then responded that, based on the length of his runway, the largest plane he could land there was an Air Tractor AT-802 with a wingspan of about 60 feet.

Like many farmers before him, Heinen learned that size does matter, and he had to plan a building larger than he originally thought. Otherwise, his largest plane might not fit.