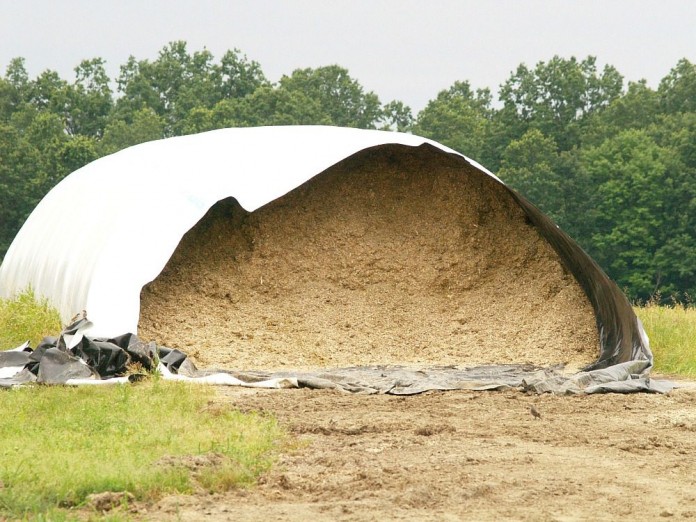 Many corn producers have used fungicides on and off over the last few years to reduce leaf disease and, hopefully, mycotoxin levels that decrease cow performance. The 2020 corn silage and high moisture corn has had a long-lasting consequence for producers in certain areas of the state that saw DON levels well above 20 ppm.

The discussion is growing on using fungicides to prevent these high levels. The short answer is yes probably, but fungicide selection is very important.

We have two major challenges that fungicides are used for. First is leaf disease which can decrease the digestibility and fermentation of corn silage. The second is ear rots and stalk rot that produce mycotoxins. Just because a fungicide works well for leaf disease does not mean it will reduce ear rots.

When a fungal disease infects the plant, you often see a natural response to the disease of an increase in lignification of the fiber, which results in decreased NDF digestibility. Fungal contamination of rust has also been found to reduce fermentation with final pH being higher when rust was present compared to corn silage treated with fungicide.

A study from the University of Illinois looked at treating silage corn with Headline or Headline AMP at V5 or R1 and the performance of Holstein cows compared to untreated corn. They used best management practice for disease selecting a corn variety with high levels of disease resistance.

Read more on this story at Farm and Dairy