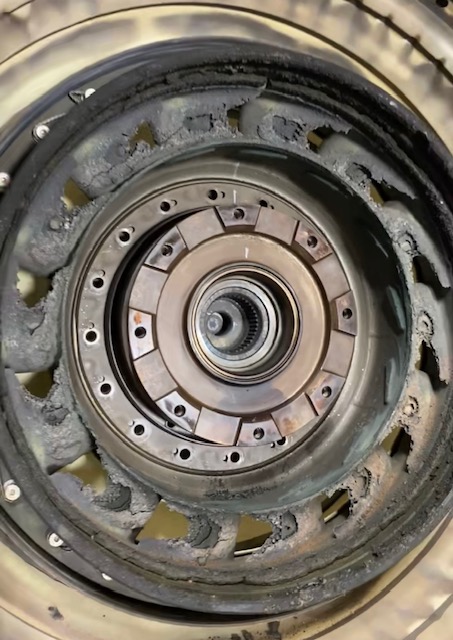 Over the past months, I have laid out several important items for maintaining your PT6A engine. We have discussed borescope inspections, hot section inspections, engine washing, fuel nozzles, performance, etc. I have been asked, “what are some of the results if we decide not to heed any of this advice?” The underlying question is: what is my risk by not doing maintenance? I have been reviewing some of the past conversations and troubleshooting items that I have been involved with and hope I can provide an interesting perspective.

What really happens if I don’t have a fuel nozzle inspection program? In your PT6A, the atomization of fuel and ignition is controlled explicitly by airflow. The airflow keeps the mixture of air and fuel just right to allow the burning of the fuel to be limited in how long it burns in the engine. The desirable effect is extinguishing the flame before getting on the “expensive” parts. When your fuel nozzles are dirty, there are opportunities for streaks to begin in your fuel nozzle spray pattern, causing the air/fuel mixture to change. It allows that flame to extend further in the engine and start to burn those expensive parts. We have seen burning evidence in parts such as the large and small exit ducts. The next part downstream to burn is the compressor turbine vane. Once the vane ring begins to burn, there is no protection for the compressor turbine (CT) blades.

What really happens if I don’t have an engine-washing program? Over the past few months, I had multiple calls about engine performance. On several of these occasions, the “fix” that has been discovered was a compressor wash. The engine was starting to surge or stall in several of these cases. Taking care of the air going into the engine is critical with your PT6A. Without air, you are going nowhere; however, performance is not the only thing that can be affected by a lack of washing. I have had a customer who brought his engine for repair. The corrosion on the exterior of the engine was so severe that the gas generator case was rejected. We also routinely must replace inlet cases, reduction gearbox housings and accessory gearbox housings. These housings are not cheap, but many could have been saved with a bit of soap and water.

What really happens if I don’t do any inspection after a starter generator event? I haven’t written in this forum about electrical discharge yet, but it is real. We have witnessed several engines that have suffered any sort of starter generator failure, and the electricity has gone through the engine. Interestingly, the failure doesn’t occur right away. It seems to happen hours later. I still recall a customer who called and informed us that his engine was making a strange noise when it started and asked if we could come to take a look. When we spun the engine with the starter, there was a terrible knocking sound. Initially, we thought perhaps an accessory had failed and began our investigation at the back half of the engine. As we went through various possibilities, we pulled the oil filter. The filter’s pleats were so full of metal that they were no longer visible. The pilot reported he had never gotten a chip light. He did tell us that about 150 hours earlier, the starter generator had failed, and they had replaced it. Upon disassembling the engine and subsequent inspection of the internal parts, we found arcing caused by that starter generator failure.

I am not here to tell you that these types of failures will happen to you if you don’t do the suggested maintenance. What I do want to advise everyone is that there are inexpensive best practice actions that you can implement into your maintenance program. These give you the best opportunity to maintain your engine health. Remember, you have a maintenance program, even if it is to take no action.

Robert Craymer has worked on PT6A engines and PT6A-powered aircraft for the past three decades, including the last 25+ years at Covington Aircraft. As a licensed A&P mechanic, Robert has held every job in an engine overhaul shop and has been an instructor of PT6A Maintenance and Familiarization courses for pilots and mechanics. Robert can be reached at robertc@covingtonaircraft.com or 662-910-9899. Visit us at covingtonaircraft.com.

What is My Engine Doing?