Home-InternationalPropelling the Progress of Ag Aviation

Propelling the Progress of Ag Aviation 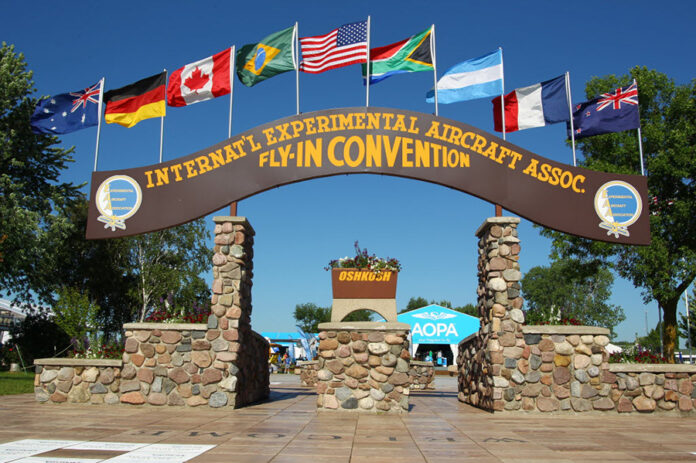 “We are excited to return once again to Oshkosh with our friends from NAAA after so many industry events had been on hold for a year due to the pandemic,” said Jim Hirsch, president of Air Tractor. “EAA AirVenture is the greatest aviation celebration in the world. It’s a wonderful venue to highlight a century of ag aviation and to educate aviation enthusiasts about the importance and opportunities of agricultural aviation.”

Under the banner of “Propelling the Progress of Ag Aviation,” Air Tractor located next to the NAAA at booth numbers 446-457.  Air Tractor’s exhibit features a static display of a turboprop-powered AT-802, courtesy of Mike Hall, owner of Aerial Crop Services of East Prairie, Missouri. Surrounding the airplane is signage telling the story of Air Tractor’s leading role in the development of the modern agricultural airplane.

On Monday, July 26, the National Agricultural Aviation Association presents an agricultural aviation flight demonstration with airplanes representative of the technological advancement of ag aircraft during the past century. The airplanes include a 1942 Boeing Model 75 Stearman, the original Grumman Ag-Cat, S/N 001, a Thrush 510P, and an Air Tractor AT-802A ag and firefighting airplane.

The AT-802A is operated by Michael Hutchins of Custom Air based in Roe, Arkansas. The AT-802 series has been in constant production since 1991. Almost 1,000 airplanes have been built to date and are operated worldwide. Most are flown in agricultural or aerial firefighting roles. Still, many are operated in other specialized use roles such as hauling fuel to remote locales, oil spill cleanup, illicit drug eradication, and mosquito control.

EAA AirVenture Oshkosh attendees are invited to visit the Air Tractor and NAAA booths in the main aircraft display area near the traffic control tower. Don’t miss the ag aircraft flight demo Monday afternoon, and check out the world’s largest single-engine airplane, the Air Tractor AT-802, which is on display at Booth 446.

Next door to the Air Tractor exhibit, at booth #457, is the NAAA exhibit, where aviation enthusiasts can learn more about the ag aviation industry.  Stop by Boeing Square to see the history of ag aviation represented by the four historial ag airplanes that perform Monday afternoon. Also on display is Dusty Crophopper, the star of Disney Studio’s movies Planes and Planes: Fire and Rescue. Dusty Crophopper (an Air Tractor model AT-400) will be moving permanently into the Smithsonian Institute’s Air & Space Museum on Tuesday, August 3, 2021.

Hirsch adds, “There’s plenty of fun to be had, many notable airplanes to see, and even a bit of history we’d like to share. Come see us this week.”