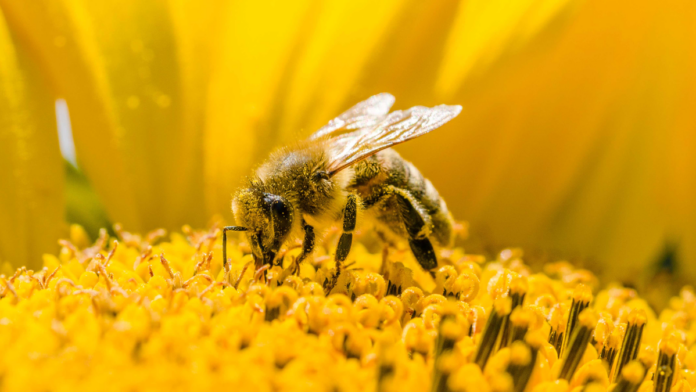 One of my favorite topics to write about, which constantly gets attention and is riddled with myths, is how much our industry does or does not care about bees. There is also a lot of media attention surrounding the health of bees, while fake news sensationalism tends to overpower the facts.

The fact is that, according to the USDA, the US honeybee population is actually at a 20 year high. Colony collapse disorder was an issue that had originally affected the bees in 2006; however, much has been done to alleviate this problem. Many factors contributed to their decline, such as habitat loss, varroa mites, bad management, chemicals, and predators. 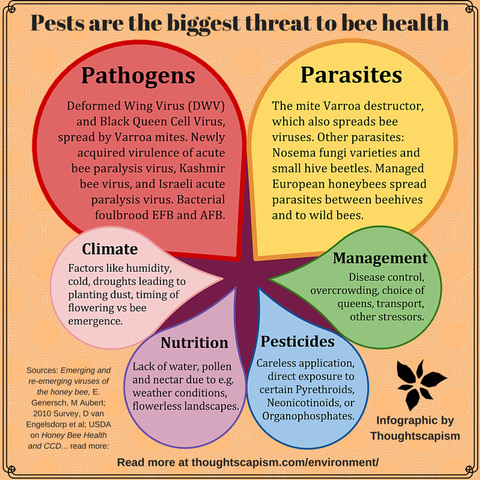 There are many laws and regulations in place to protect our pollinator friends. In Iowa, for example, we have what is called the Iowa Bee Law. To further weigh-in, I spoke to Wes Sharp, President of the Iowa Agricultural Aviation Association, who explained the “Bee Law,” which his Dad actually helped write. The law partnered with FieldWatch, a credible non-for-profit platform with solid members that is professional and respectful to farmers, the environment and apiaries alike. The Bee Law regulations have been successful in this arena to help protect bees and fields. It’s basically a communication requirement for beekeepers to register their hives and for farmers to give notice if they’re about to spray anything that could potentially harm their bees. In that instance, the insecticide cannot be sprayed on blooming crops between 8 a.m. and 6 p.m. while the insects are foraging. For Sharp, he has a three-hour window each day to spray these products — in the very early morning or late evening. It works for everyone.

He explains that as a professional pesticide applicator, he uses this website daily to get the job done during the busy season. This is an example of how the site looks, which is a guide to know where the bees are located to protect them as best he can.

Regardless of the plant breeding method, products used to improve modern farming that could potentially harm bees could be used in organic or non-GMO — it just isn’t that black and white. So it is irrelevant to blame GMOs when it really doesn’t matter. Farm chemicals have been used in agriculture for over 4,000 years, but technology has made them better and safer over time.

While certain agrochemicals could potentially harm bees, it’s important to note the risk is small by comparison. In the grand scheme of things, their biggest threats are habitat loss, overpopulation of hives, insect infestation and natural predators, harsh winters, weather patterns, and varroa mites, to name a few. Humans, in general, can be guilty of killing bees for fear they may get stung; however, honeybees are quite docile compared to other species.

To the general public, it’s important to explain that farmers and professional ag pilots must hold registrations, certifications, licenses, go through ongoing training and renewals, and so much else to apply crop protection products. What is our industry doing to protect them? They can’t just go out and spray willy-nilly! Whether the farmer is a professional applicator themself or hires the help of outside ground rigs or airplanes, the bees are very important to us.

The reality is that most farmers cannot have good yields without the bees pollinating them. It is in every farm’s best interest to be as responsible as possible around them; we all care about beneficial insects. So if farmers need bees, why would they jeopardize them? It’s in their best interest to keep the bee population on the rise and healthy as ever. Different companies and groups utilize many different programs to protect our pollinators, and here is one more example from the Iowa Department of Agriculture and Land Stewardship.

If you ever hear that agriculture doesn’t care about bees, don’t be “stung” by the myths. Now you know what the “buzz” is really about and can use these examples- plus other stories you personally know about – to explain just how much we care about their health.

Perspective on Drones: Are they “taking our jobs?”