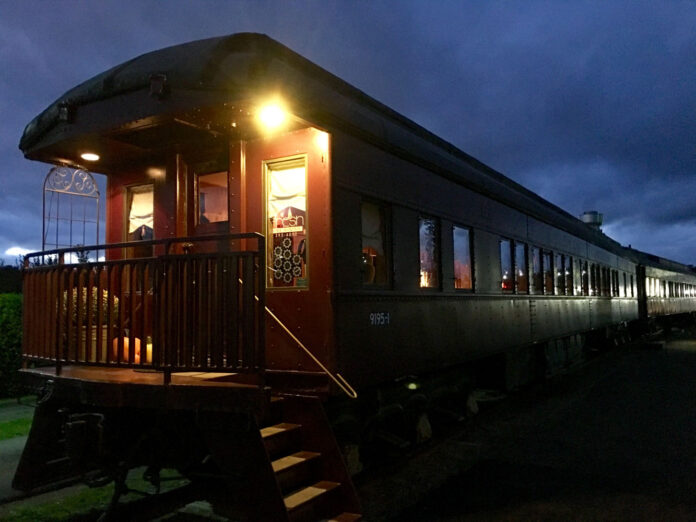 Located in the New England region of the United States, Maine is the easternmost state and the northernmost east of the Great Lakes. It is known for its jagged, rocky coastline, low, rolling mountains, heavily forested interior and scenic waterways; and also its seafood cuisine, especially clams and lobster.

As Maine progressed into the 18th century, very few European settlements had survived the turmoil that plagued attempted civilizations since very early B.C. Until the American Revolution, and the War of 1812, Loyalist and Patriot forces contended for Maine’s territory. On March 15, 1820, Maine detached itself from the Commonwealth of Massachusetts and was the 23rd state, under the Missouri Compromise, to be admitted to the Union.

Today’s Maine doesn’t usually conjure up images of expansive farmland and a flurry of agricultural activity, especially ag aviation. Even with an estimated 1.37 million acres of farmland, the average farm size is about 160 acres with over 60 percent being less than 100 acres. However, there is a pocket of potato and broccoli fields in northwestern Maine that depend on agricultural aviation to survive; and Matthew Carmichael starts his day, sometimes at 0300, to make sure that happens.

Matthew Carmichael is the owner of MG Cropduster – a two-aircraft northwestern Maine operation that utilizes two geared, R-1340-powered 600 Thrush, both of which look like they did when they rolled off the assembly line of the Ayres Thrush factory in 1978. Carmichael is the only active operator in Maine, which is a unique title in itself. He was born and raised on a potato, broccoli and hay farm (99% of the crop in the area) less than ten miles from his operation on the Presque Isle (pronounced Preskisle) airport. It was there that he saw his predecessor, Mike Lavoie, treat his family’s fields. From those early moments on, Matt knew he was going to be in the ag aviation business.

Mike Lavoie took the reins of the flying service in the early 1970s from Joe Virchow, who started the flying service in the 1950s. At that time, Joe was running Stearmans. When Mike bought the business after Joe’s passing, he purchased a D-model Snow, then eventually replaced it with a 1978 600 Thrush. The ‘78 model 600 Thrush is still in operation today, 100% accident-free.

Matt Carmichael started working on the ground for Mike in 1989 while in high school, learning the business from the ground up. He took flying lessons when the weather and workload permitted with the full intention of ag flying. Matt’s first season was in 1994 in a Weatherly 201 that Mike had leased for Matt to get his feet wet. Matt flew the Weatherly for a season, then with an unexpected downturn in the Maine ag economy hit, Matt migrate to North Dakota to continue to learn the ag business. In North Dakota, Matt flew a 600 Thrush and Ag Husky. He returned to his homeland the following year, rotating between Mike’s operation and upstate New York, wherever work was needed.

In 2000, Matt bought the 1978 Thrush he flies today and started solely working with Mike as a contractor. As time progressed and Mike eyeing retirement, Matt bought the operation in 2005. Matt has kept the equipment just as Mike had it, updating GPS systems and application technology when necessary. Both Thrush have SATLOC guidance systems with flow control units. The nozzle arrangement is unique in that they are positioned opposite of how southern-based operators typically mount theirs, with the nozzle body above the boom to allow water to drain and keep from freezing in the extremely cold Maine winters.

MG Cropdusters treat about a 50/50 mix of potatoes and broccoli when flying over row crops. There are some insecticide treatments on forestland the first part of the season, as well. Potato applications begin the first of July with five GPA fungicide work, as many as 10-15 applications, some of which will have some insecticide mixes, depending on the insect pressure threshold. Potato applications will end in September after a defoliant herbicide has been applied to “top-kill” the plant for better harvesting results. These applications are made exclusively by ground machines in Maine.

Broccoli planting is staggered beginning the end of April with the first insecticide treatment starting the end of May. Broccoli is extremely susceptible to cabbage looper and diamondback moth – they will infiltrate the head of the plant and it will become useless. Applications over broccoli are largely dependent on the level of insect pressure.

Toward the end of September, the weather begins to cool and Matt’s season winds down. All maintenance on the aircraft for the next season has to be accomplished before cold weather arrives. Aircraft are stripped down, annual inspections performed and everything is overall readied for next year. Engines are pickled for the upcoming cold weather hibernation and the hangar is inventoried and reorganized. Usually, the first of March is when Matt ventures back to the airport to start gearing up for a potential insecticide run on trees or just get ready to fight bugs and diseases to keep potatoes and broccoli on our tables.