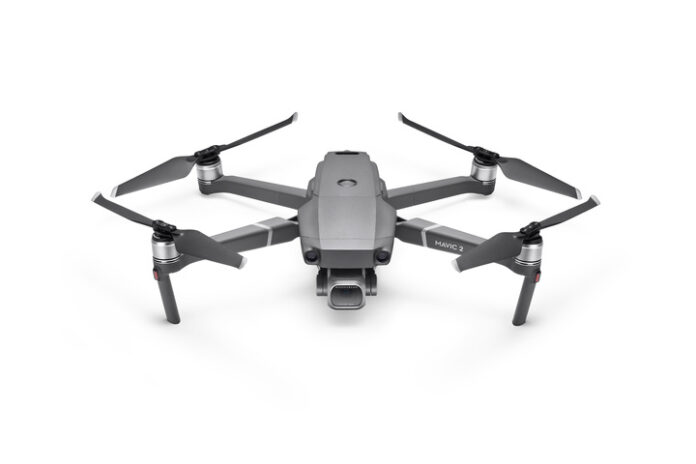 I’ve stated before the ag-aviation industry should embrace drones instead of viewing them as the “enemy”. My argument has always been, and still is, that the demand for the technology and dollars it would take to effectively compete with an ag-plane does not exist. However, I can foresee an ag-operator using one for imaging (complete customer service), field scouting and even to a degree spraying in places the aircraft cannot access.

I don’t know of anyone that would completely disagree with me, but then, who knows? I also don’t know of an ag-operator that is actively using drones successfully, meaning for a profit. With the turbine powered ag-planes and GPS guided ag-aircraft, the industry seemed to resist the initial innovation, then embraced it wholeheartedly. I believe this will be the case in the very near future for drones, as the technology advances in leaps and bounds.

The point of bringing this up is, and I am in confession, AgAir Update has purchased a DJI Mavic2 drone. This particular model, with extra bells and whistles, like spare blades and a very nice travel case, approaches $2,500. It is not your teenager’s drone, trust me.

AgAir Update’s purchase of a drone is not to spray anything; more about that later. When I saw Graham’s cover photo of the April edition featuring Twin County Air-Ag, I thought, “Gee, is he on the top of the hangar or some extended forklift?” Then, the revelation struck me and I told him, “Hey, I wonder if we could use a drone when interviewing for articles. We could probably take some interesting photos and videos.”

Well, for a techie son, that was all it took and within two days I saw him unpacking the Mavic2 in his office. That afternoon, I looked out of my great room windows across the lake and what do I see? Yep, a drone hovering down right outside the window. Creepy! Graham lives across the lake, about an estimated 2,500 feet away. He was in his backyard viewing with the Mavic monitor the insides of my house. Not good.

All sarcasm aside, we really look forward to incorporating the advantages of using the drone for articles. Yes, Graham is a licensed drone pilot and the damn thing even has an N-number, of sorts. It can do things I had not thought of, like select a moving target and circle it autonomously. I’m told it has a top speed of 75 mph.

Additionally, the Mavic has obstacle avoidance capabilities. I’m not sure how that would work with an ag-aircraft avoidance, not well, I don’t think. The first day, while circling me, autonomously, it ran into the limbs of a tree and ended upside down, on the ground, disabled; only minor propeller damage. I suppose it was a good thing to have ordered extra propellers. Also included in our total purchase price is replacement insurance. We may need that before all is said and done.

At this time, I’ve yet to fly the darn thing. I never learned to play Nintendo or any of those video games. So, I may not be able to fly it. But, I look forward to using it to make the graphics in AgAir Update all that much better. It is going to be an interesting “ride”.

As far as spraying with it, I’m tinkering with the idea that a drone would be an excellent applicator for mosquito control. I see individual houses in my neighborhood with little signs out front, “Protected by Mosquito Joe”. In years past, I’ve treated 10s of thousands of acres for mosquitoes with an aircraft. I can’t figure how Mosquito Joe can select one house lot and control mosquitoes that have the capability of flying over a mile. There must be some sort of repellant in the mix, like a pyrethrin.

In an ideal world, the drone could make these applications. When I flew for mosquitoes, the application rate was 2.6 ounces per acre of straight material (malathion); that’s about 50 acres to the gallon. With a bunch of jumping through legal certification hoops, possibly a start-up business could be legal to make the perfect application with a drone. Neighborhood homeowner associations might contract to spray the neighborhood; possibly even small townships. It’s an interesting thought, one that we all should be entertaining…