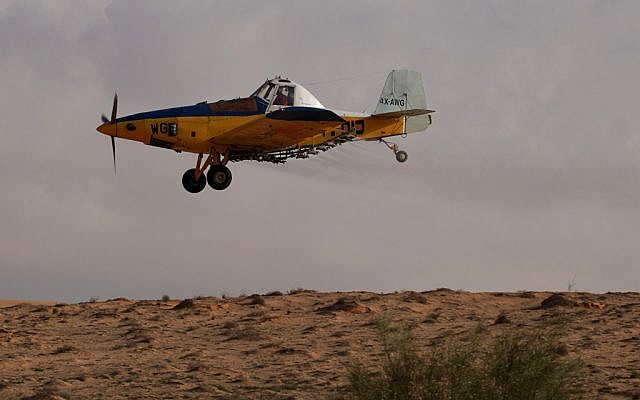 Golan Heights, Israel – An aerial application flight had a potentially tragic outcome this week as Israel’s Defense Force (IDF) opened fire on a civilian Agricultural aircraft after mistaking it for an enemy aircraft.

“IDF troops operating on the Golan Heights spotted a plane that they suspected of being an enemy aircraft that infiltrated from Syrian territory and represented a real threat, and therefore they opened fire at it. Once they realized it was a civilian Israeli aircraft, they stopped shooting,” the military said in a statement.

The pilot according to local Israeli news reports told friends after the incident that he felt something strike the wing of his aircraft, but initially believed it was a bird, until he noticed that fuel was leaking out of the plane, the Ynet news site reported.

He quickly landed back in the Mahanaim airfield near Rosh Pina, thinking the shot had been fired from Syria, according to the outlet.

Despite being fired upon, local news sources have confirmed that the pilot of the aircraft was not injured by the gunfire.

The Golan Heights area of Israel borders Syrian airspace and has been the site of multiple drone incursions by Syrian forces in the same area.