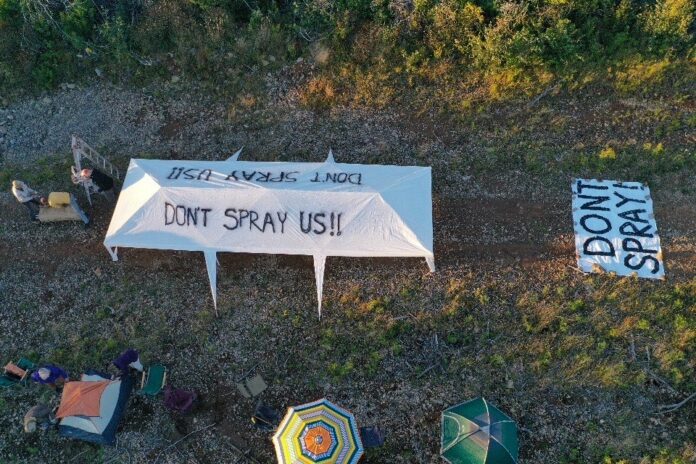 Residents who live close to a piece of land on North Mountain in Kings County that was clearcut two years ago and is now slated for aerial spraying of a glyphosate-based herbicide, have “occupied” the site, and they tell the Halifax Examiner that they don’t intend to leave until the spraying is cancelled or the permit expires at the end of 2020.

Among them is a permit for spraying 46.6 hectares (115 acres) of a 250-acre lot near Victoria Harbour in Kings County, land that belongs to Five Islands Forest Development.

It is on this parcel that the occupiers have camped out, intent on stopping the aerial spraying of herbicide there, and hoping eventually to get the provincial government to ban the herbicide in forestry practices, not just because of the inherent risks of the spraying but also because of the effect it has on biodiversity and all forms of life in and around the forest.

Read more on this story at the Halifax Examiner