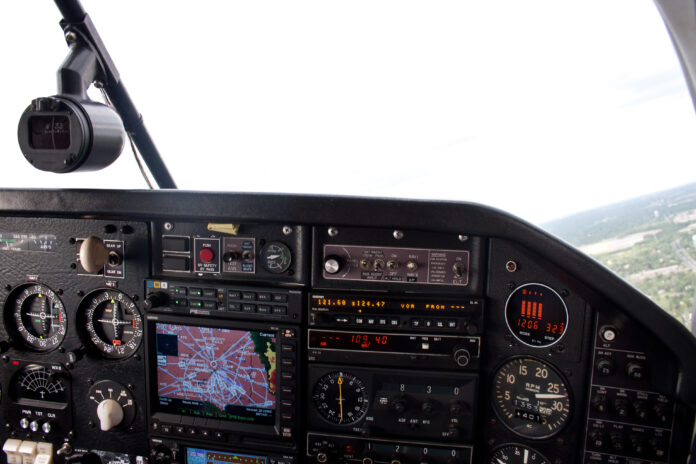 The scenery is often spectacular when flying close to the ground, but there are many advantages gained by flying at higher altitudes. Communication improves, as does navigation (other than GPS). Convective activity often decreases. Flight visibility (if out of the clouds) and true airspeed both benefit from higher altitudes. But these benefits come at a cost.

This is not an issue if the pressure can be relieved. If blocked, though, incapacitating pain can result. We therefore recommend not flying with a cold or congestion, even if you’re asymptomatic on medications. Gas introduced from medical procedures, even dental work, will also expand and might not have an escape route. I highly encourage discussing these issues with your treating physician (or, even better, your AME) before getting into an aircraft (personal or commercial).

In addition to pressure, the amount of available oxygen also decreases when you ascend. Even though the percentage of oxygen in the atmosphere is nearly constant at 21%, the amount of pressure is less, resulting in one half the amount of oxygen at 18,000 feet than at sea level. This is typically not a problem for someone young and fit, but most risk factors for decompression sickness (DCS) also increase the risk of hypoxia (below). Use of supplemental oxygen is highly recommended above 5,000 feet, especially at night. 14 CFR section 91.211 outlines the legal requirements, but these are minima. Note also that the nasal cannula, preferred by many pilots, is inadequate for the higher altitudes.

Oxygen is carried in the blood primarily on the hemoglobin molecule (98%) with some directly absorbed into the blood (as it is in water). Each hemoglobin molecule carries four oxygen molecules, each progressively bound more tightly. The whole dissociation curve is non-linear and can shift from more tightly bound to less tightly. Factors that favor the latter include increased carbon dioxide, acidity, an increase in 2,3 DPG (an organic compound involved in O2 movement), and heat. Of interest, these factors increase with exercise, which makes sense as that’s when O2 demand is highest.

For those pilots who SCUBA dive or snorkel, we recommend no flying after SCUBA for at least 24 hours, whether there was a mandated decompression stop or not. The risk of DCS increases with the depth, bottom time, and number of dives. Other risk factors include age, fitness, obesity, smoking, sleep loss, dehydration, alcohol and other drugs, some heart defects, cold water diving, and lung disease. Flying at low altitude or in a pressurized cabin does not eliminate the risk. I personally have seen divers develop DCS after driving over a 3,200-foot pass following several dives at sea level. When diving, consider safety stops even when not mandatory, stay hydrated, and maximize the surface interval. Note that skin diving, while safer than SCUBA, is not risk free. Repetitive deep dives while holding your breath can increase nitrogen build up in blood and tissues; DCS can result.

Remember that hypoxia impairs your ability to recognize that you are impaired. The best defense, other than supplemental oxygen, is to know your personal symptoms. In this issue’s Aeromedical Advisory, Dr. Northrup addresses some of the available training.

Leo M. Hattrup, M.D., received a bachelor’s degree from Wichita State University, a master’s in public health from Harvard University, and a doctorate from Vanderbilt University. He is retired from the U.S. Air Force in which he spent the majority of his career in aerospace medicine. He is board certified in aerospace and occupational medicine. He is a certificated flight instructor and enjoys flying airplanes, helicopters, and gliders.