Niels Andrews, One of the Original Architects of PAASS, Passes. 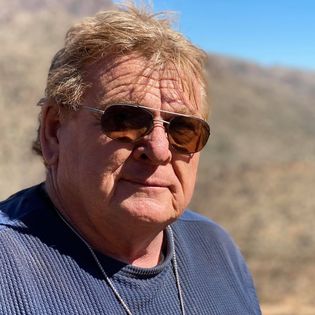 Survived by his partner Melissa Bassi, two brothers and a sister.

Niels was a Professional Agricultural Aviator and owned Helicair in Salinas, CA for 20 years. He has sprayed and fertilized thousands of acres and is a past President of the CAAA and has received all of their achievement awards. Niels was also a Principal Aircraft Commander in the medfly crisis.

Niels served as interim Mayor of Salinas California in the 1990s and is responsible for starting the “Salinas Trees” town beautification program.
Niels started working with GPS (global positioning systems) in 1990 with Charlie Trimble of Trimble Navigation.

During the 1990’s Niels was chairman of the EPA’s Spray Drift Task Force, which played a major role in current pesticide labels. His extensive experience enabled him to be an expert witness for the State of California, Bell Textron, and other aerospace entities.

Niels imported the first Camera Cultivator vision guidance system in 1990, and has been selling and servicing the ECO- DAN ever since through his Company Ag Innovations.

In 2010 Niels was inducted into the National Ag Aviation Hall of Fame for being the principal architect for the industry’s Human Behavior-based Safety Program PAASS, Professional Aerial Applicators Support System, preventing the death and injury of Agricultural pilots.