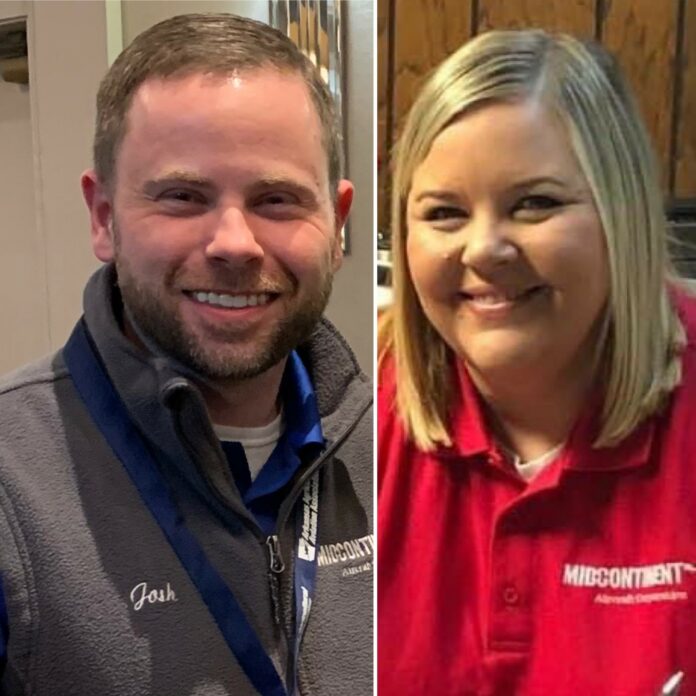 Congratulations to Josh Rittenberry on his promotion to Manager of the Insurance Division.  Josh began his career at Mid-Continent on November 1, 2000 as a customer service representative before becoming a licensed Property & Casualty Insurance Producer.  In the years since, Josh has been recognized with the Supporting Personnel Award and has represented Mid-Continent at state, national, and international association meetings.  More recently, Josh acquired his Life & Health Insurance License, adding another facet to the division’s offerings.

In addition to serving on the National Agricultural Aviation Association’s Insurance Committee and Communications Committee, and as a member of the Caruthersville Memorial Airport Board, Josh contributes much of what you read in Mid-Continent’s monthly newsletter, penning articles and content that cover company highlights, as well as the past, present, and future of the aviation industry.

A Caruthersville, Missouri native, Josh is an author, playwright, former city councilman and sports reporter.  He and wife Tiffany are members of the Sacred Heart Catholic Church.

With more than 21 years of experience on our insurance team, Josh will bring an enthusiastic and steady approach to his new position while building on the reputation of excellence Mid-Continent has earned in the half-century since becoming one of the nation’s leading aviation insurance agencies.

“I have learned from some of the best, Dick Reade and Sharon Watkins to name a few”, Josh says “All of our current and prospective clients should be confident in the fact that while change is inevitable, what will remain constant is our division’s continued dedication to providing the service, knowledge, integrity, and experience you have come to know and expect.  Our exceptional team of Heather Riggs, Lisa Curtis, Laura Terrett, and Tanner Cobb share an indelible bond that ensures you will receive nothing less than the best.”

Congratulations to Heather Riggs on her promotion to Assistant Manager of the Insurance Division.  Heather brings with her a length of service dating back to April 2001.  In the last two decades she has excelled at every task, from mastering the complexities of the claims process, to earning her Property & Casualty License, and ultimately named Claims Manager.  With her Life & Health Insurance License, Heather has guided pilots and their loved ones toward valuable peace of mind.

In addition to going above and beyond in the office, Heather is a familiar face who represents Mid-Continent at state and national conventions around the country.  Her reliability and warmhearted personality has earned her the loyalty of many customers and their families.

Heather is married to husband Les and they share two children: son Gavin and daughter Avery.  A Pemiscot County, Missouri native and former school board member, Heather stays active not only hunting and fishing, but also as a dedicated kickboxing instructor.

While maintaining her existing duties, an additional title and responsibilities will only strengthen Heather’s already valuable position on our team.

“Mid-Continent is like my home, and I will continue to care for and maintain the interests of our customers the same way I would my own family.  I look forward to continuing to strengthen relationships and form new bonds for many years to come.”