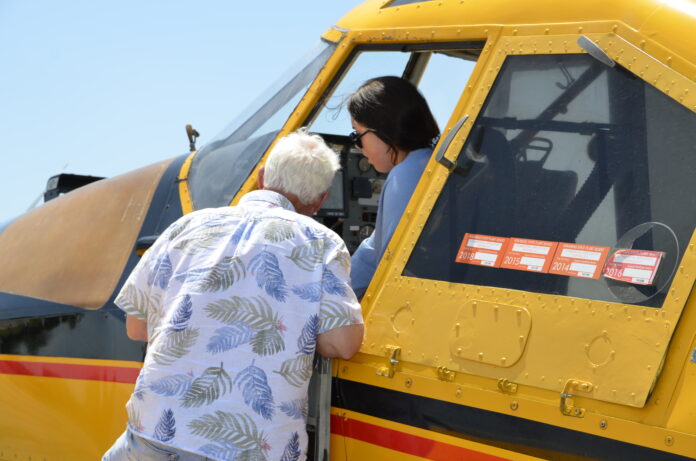 I am often reminded of my age, especially since I am about to enter into my seventh decade. There are many reasons to be somewhat dismayed at approaching 70 this year. However, there are more reasons to be thankful to my God, family and friends for such a joyous and abundant life. Some of these reasons can only be appreciated with elderly age. Yeah, I wrote “elderly”, or senior, or whatever you want to call it.

A very distinct advantage to being a member of this prestiges club is the ability to reflect on one’s experiences. This is an earned privilege that comes with age. A prime example is decision making. Not in every instance, but usually the older pilot will make better decisions with his flying techniques. The younger crowd may say that the older pilot has lost his nerve, when the reality is he simply flies smarter based on experience.

There is no denying with age comes a reduction in reaction time. But, that can be compensated for largely by slowing down. Even for younger pilots that are often mission oriented, speed is not the most important element of a successful, good ag-pilot. Bringing home the aircraft without damage and an expertly applied application are the most important items. Besides, just how much time is really lost with 60-second turns versus 30-second turns? Turns only make up about one-third of the time it takes to apply a load, generally.

If you are still relatively new at the game of ag-flying, say only 10 or so years and a few thousand hours, don’t worry. The way you fly from this day forward will determine if you live long enough to join this elite group of aged ag-pilots. There is absolutely nothing more true than the old saying, “There are bold pilots and there are old pilots. But there are no old, bold pilots.”

In NAAA’s May 30 Fly Safe Campaign newsletter, a topic was covered that I have more than once commented on with little or no acceptance from AgAir Update readers. And, that is flying the PT6A ag-plane in flight idle versus ground idle. I fully realize that more ag-pilots fly in ground idle and I understand their reasoning, basically land shorter.

For more than 25 years, I have evaluated numerous ag-aircraft of every possible description that one can imagine. On more than one occasion with the aircraft being evaluated, its engine was not properly rigged for flight and idle conditions. This can present an unnerving problem for the first time landing a strange ag-plane.

The solution to this problem that you may not know exists until on final approach, is to fly the aircraft in flight idle. It is argued that the aircraft cannot be landed as short. OK, maybe, just how much runway do you need to land? In every case that I know, anywhere a takeoff can be made at gross weight or beyond, is plenty of runway to land empty. Having stated that, the pilot best lands a loaded plane in flight idle!

I am fully aware that thousands of successful landings are made by ag-pilots in ground idle. But, to deny there may come a time when you need full power immediately is begging for trouble. Simply ease (and carefully) the throttle back behind the stop, tickling beta. That huge prop becomes a very effective brake. Don’t tickle beta too much, or you won’t be laughing when the aircraft “falls” out from under you. Yeah, I know that full beta and using reverse to slow the aircraft is bad technique potentially causing dings on the prop. Land slower and find a happy medium, but land in flight idle using at least 68% Ng.