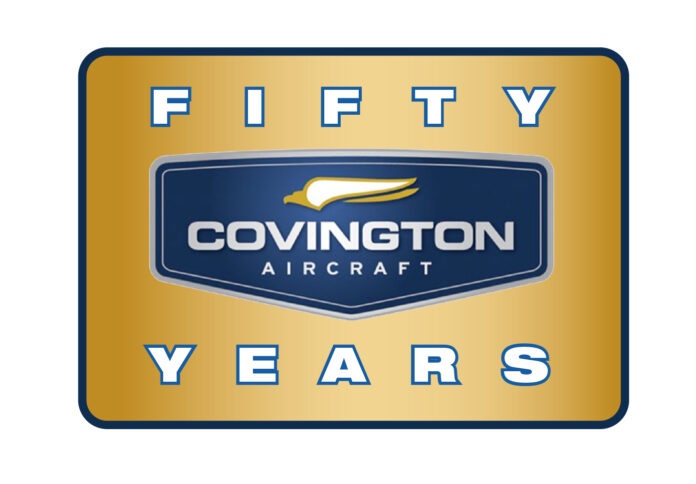 Since 1972, Covington Aircraft has been a leader in aircraft engine repair. Join us as we look back over this long and storied history.

For a half-century, Covington Aircraft has provided the aviation industry with exceptional engine repair, maintenance, and overhaul services. This 50th anniversary is a milestone that not many companies reach and one that we are thrilled to celebrate with our entire Covington Aircraft family.

While Covington Aircraft is renowned as one of today’s leaders in aircraft engine repair, our beginnings five decades ago were as humble as they come. After graduating from Letourneau University in Longview with a degree in Aviation Technology, Paul Abbott packed up his belongings and moved to Okmulgee, Oklahoma, with his wife, Betty. Paul took a job with a small mission organization; missionary work had always been Paul and Betty’s passion. To keep the bills paid, Paul also found employment at the Okmulgee airport, where he fueled planes, mowed the grass, and attended to other odd jobs.

At the same time, a man named Bob Covington was opening a new radial engine overhaul facility at the airport where Paul worked. In 1972, with his work at the mission organization winding down, Paul decided to join Bob Covington and work at this new facility. The partnership that would guide Covington Aircraft to extraordinary new heights was formed.

For several months, Covington Aircraft operated without making a single sale. At first, there were serious questions about whether the company would succeed. After countless prayers and an equal amount of hard work, though, Covington Aircraft finally sold its first engine overhaul. With the ball rolling and sales coming in, Paul and Bob’s efforts began to pay off.

Three years later, in 1975, Paul and Betty joined the company as part-owners. However, they both still felt a strong calling to the mission field. Through prayer and wise counsel, the two finally decided to use the opportunity God had given them to support other missionaries rather than working in the field themselves. Through thick and thin, Paul and Betty have honored this commitment, supporting missionaries worldwide even when money was tight.

When Bob Covington left the company in the late 1970s to teach at a Bible school in Alabama, Paul and Betty Abbot became the firm’s sole owners. Their desire was to build a company that would allow them to support more and more missionaries while at the same time providing their customers with reliable, compassionate, and truly personal service. To reach these goals, Paul and Betty established four company values for Covington Aircraft that have guided the business ever since:

For the past fifty years, these four values have enabled Covington Aircraft to earn a reputation as the industry’s leading provider of aircraft engine repair, maintenance, and overhaul services. Since 2010, Covington Aircraft has served as a Designated Overhaul Facility (DOF) for PT6A engines and helped overhaul thousands of these engines. With half of a century now in the books, the entire Covington Aircraft family invites you to join us as we look forward to what the next fifty years hold in store.