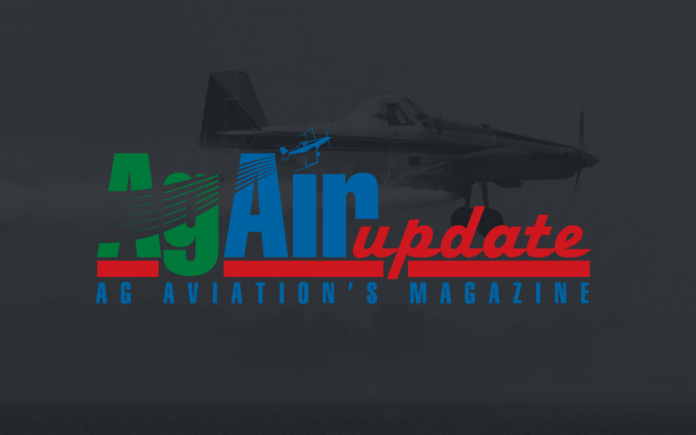 The Commanding Officer stood before the formation of Marines to address the recent rash of accidents that had been occurring at MCB Camp Pendleton, which unfortunately included men from our own unit. What he said has stuck with me throughout the years, “In combat, we expect losses. That is the nature of war. We train like we fight. But we don’t die doing it! There’s no reason to suffer casualties in peace. No reason at all.”

Here we are, suffering casualties in peace. Good men lost. Talented pilots. Husbands, fathers, brothers, friends. Each one takes a piece of the rest of us with him. The tragedy is as deep as it gets. It’s heartbreaking and demoralizing. And unnecessary.

Every year we lose pilots to accidents. Some years are worse than others. We go into the season knowing there will be casualties. Hoping there won’t be, but history has taught us there will be. Something’s wrong with that picture. We aren’t going into combat. We aren’t facing an enemy who is actively trying to kill us. There are no “acceptable losses.” None.

We should not have an industry that expects casualties. But we do.

We’re doing a hazardous job. There’s no argument there. But it should not be extracting the costs that it does. We are the only ones in command of the aircraft. Barring any mechanical failure, every minute of flight time is directly determined by what we do or don’t do in the cockpit.

Ag pilots are dedicated to their job; ninety-nine percent wouldn’t want to do anything else. We’re not average pilots. We have a skill set that the majority of pilots cannot attain. That being said, we also have a characteristic drive that can push us past our limits before we know it.

We’re trained to think out ahead of the airplane. Sometimes we might think a little too far. Our brain might be in the turn at the other end of the field when it should be concerned about the obstacles at the edge of the field. A pilot might see the wires or the trees, but then his mind goes past them to the turn or another set of obstacles farther away. He knows the obstacles at the edge are there, but he’s disconnected from them in order to focus somewhere else. The more immediate hazard subconsciously slips down the priority list. I know this because I’ve done it myself and had to suddenly yank the airplane away from what I should have been prepared for five or six seconds in advance. How does that happen?

We layer our visual scans as we fly. The wider the layers, the more visual information we receive. But we also lose details and mental prioritization. As we become accustomed to our environment, we tend to get a little complacent about the details. Whether we know it or not. We’re thinking too far into the future and lose our more immediate situational awareness. A half a minute is a long time in this job.

How far out do we place our thought processes? I can’t quantify it. It’s different for every individual. A pilot needs to know what his next move will be well in advance. Clearing your straight-line path is always first. Plan your pull-up and turn after that. Clear your airspace, know where you’re going and how you’re going to get there with plenty of room.

Don’t crowd yourself. These airplanes are plenty fast enough to afford the few extra seconds it might take to give yourself safe separation from obstacles, stable flight, and enough time to keep your mind on track. The objective here is to do a good job and return safely to the airport with everything intact. That’s all there is to it. You’ve got nothing else to prove.

Operational Distraction: Not long ago, I was flying a field amid a wind turbine farm. I’d circled the field and identified the obstacles. I had a load of herbicide; wind direction was critical to the application. I dropped down into the field next to a set of tall wires to set my A-B line and lay out some smoke. I pulled up over the wires at the north end and began my turn toward the west edge. I craned my neck to look over my shoulder to see what the smoke was doing. It was taking a few seconds to get a good view of where I’d been. In doing so, I wasn’t paying attention to where I was going. Though my hand was on the stick, the airplane was flying without me.

I turned my focus back to my heading just in time to see the top of a wind turbine rapidly growing larger in my windshield. I had to turn the airplane away in such a manner that I wasn’t immediately sure where I was going other than away from that particular problem. Fortunately, I didn’t wind up turning right into another. Loss of situational awareness in an unfamiliar area. My mental britches were pretty well singed by a very stark reminder of things I already knew but was not practicing.

It doesn’t matter how many hours you have. Rookie or old salt, it can happen to anybody at any time. The only hour that matters is the hour you’re in right now. Every second of every minute counts. Keep your mind constantly on what you’re doing right now. The next pass or next load will wait until it’s time.

There’s no reason to look back to where you’ve been. There’s nothing you can do about anything that’s going on back there anyway. If you need to see your smoke, or something else, widen your turn, clear your flight path, and look only when you can still keep an eye on where you’re going.

Always circle the field. Always. Use your smoker to alert other aircraft in the vicinity. Even if you don’t see them, it doesn’t hurt to lay out some smoke just in case it might help them see you. Wear your helmet! Chin strap secured. If you don’t have one. Get one.

Gentlemen, we are not fighting a war. We are applying economic countermeasures to protect a crop. We’re killing weeds and bugs. They aren’t shooting back. The crop will be here and gone in a matter of weeks, and whatever happens to it will not write any history books. We are simply doing a farm job. That’s it. There’s no reason to lose your life doing it. They’ll grow more corn. The pastures will green up again in the spring. It’s a temporary thing that is not worth making a permanent sacrifice for.

Getting Up to Speed