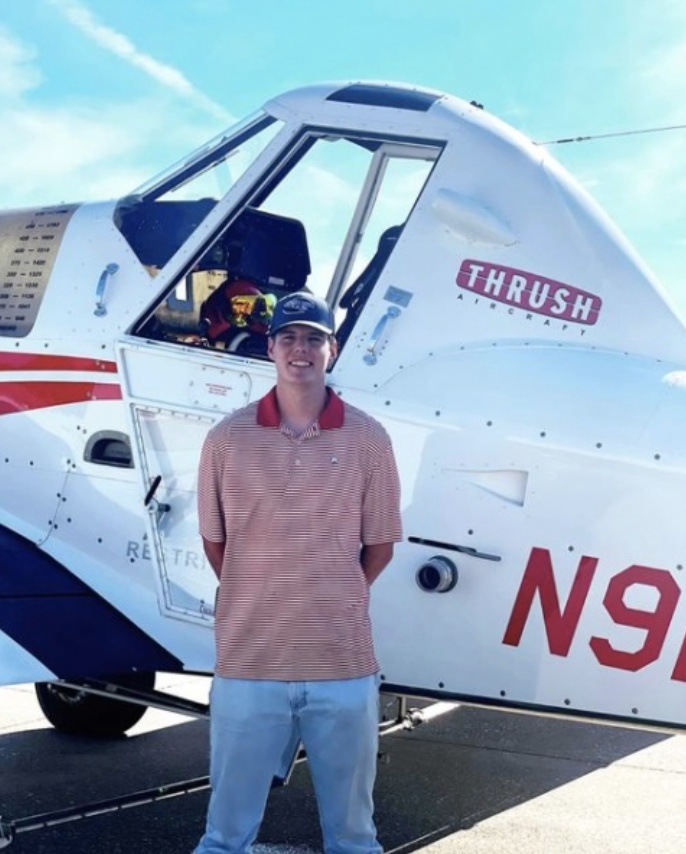 The family and friends of Charles Stokes have recently established a scholarship fund. They plan to endow the Charles Garland Stokes Scholarship for Aviation Maintenance at ASU Mid-South,

When fully funded, the endowment will continue in perpetuity and create a lasting memorial to Charles. The purpose of the endowment is to fund an annual scholarship for a student in ASU Mid-South’s Aviation Technology program.

“Charles’ love for flying began at a young age. He obtained his private pilot’s license before he graduated from high school, and later got his commercial license. It seems so appropriate that future aviation students who share a passion for planes will be reminded of Charles’ life. I believe that’s the best possible way we can remember and honor his life forever,” said his father, Tracey Stokes, owner of Stokes Flying Service in Earle.

Charles was born in July 1999. He attended school in Marion and in 2017 graduated from Marion High School. He pursued higher education at the University of Arkansas studying business. In addition to flying, Charles enjoyed playing and watching football, hunting, and spending time with family and friends.

“We are honored and quite frankly, touched, that his family and friends have chosen ASU Mid-South for this tribute to Charles,” said Diane Hampton, Vice Chancellor of Institutional Advancement. “What a loving and generous way to turn tragedy into an opportunity to help others. Charles had a passion for being in the air, and this scholarship will allow future students to soar in their future careers in aviation.”

The family has requested that memorials for Charles be given to the Charles Garland Stokes Endowed Scholarship at ASU Mid-South. Memorials may be mailed to ASU Mid-South Foundation, 2000 West Broadway, West Memphis, AR 72301.

The Foundation, which administers over 90 scholarships, also offers secure on-line giving through the College’s website, www.asumidsouth.edu/aboutfoundation/ (click on the Give Now link). The Mid-South Community College Foundation, Inc. is an independent charitable organization created to raise and oversee funds donated to ASU Mid-South in support of the college’s efforts to meet the needs of Crittenden County.