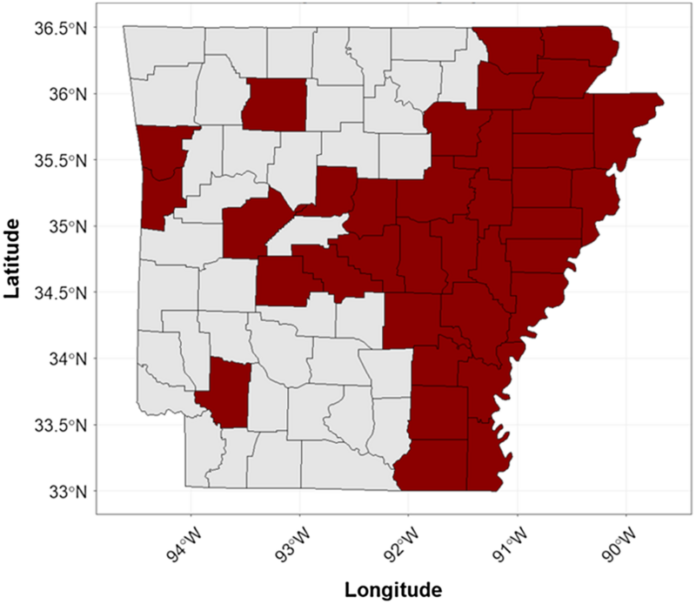 Herbicides are the most extensively used pesticide applied to agronomic crops in the United States. Since 2013, more than 93% of the planted hectares for corn (Zea mays L.), cotton (Gossypium hirsutum L.), peanut (Arachis hypogaea L.), rice (Oryza sativa L.), and soybean [Glycine max (L.) Merr.] have received a herbicide application (USDA-NASS 2020). In contrast, the next most frequently used pesticides were fungicides in peanut (88% of planted hectares) followed by other chemicals (65%) and insecticides (56%) in cotton. All other pesticide applications were reported on less than 50% of the planted hectares for the respective crop (USDA-NASS 2020).

Read more on this study at Cambridge.org