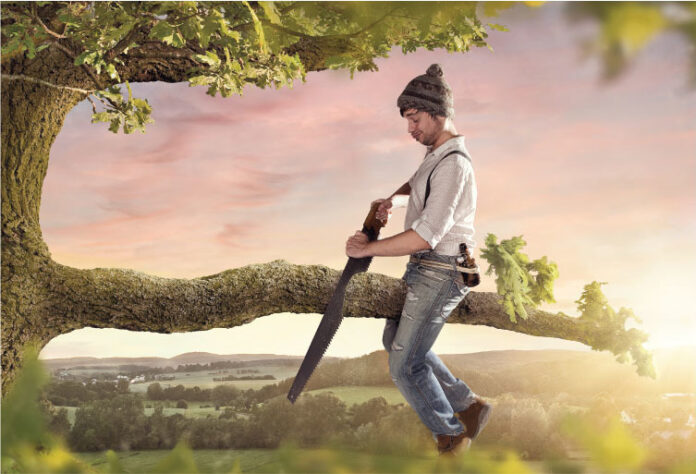 The 2020 aerial application season has taken a heavy toll on our industry. At the time of this writing, we have suffered nine fatal accidents, the highest number of fatal accidents since 2016. Several of these fatal accidents could have been prevented had the pilots modified risky behavior that resulted in them making poor decisions that resulted in their death. The 2020-2021 PAASS Program will look at why agricultural aviators develop such harmful behaviors, how to recognize the potential for these behaviors in pilots and other employees, and what can be done as an industry to reduce risky actions and the accidents caused by them. PAASS will focus on the psyche of individuals who make decisions that could endanger themselves, their careers, and the professional reputation of the agricultural aviation industry.

The 2020–2021 PAASS Program will be unique compared to previous programs—there will not be four separate modules, but rather a single program. PAASS will still be four hours in length and focus on the three major goals of PAASS: to reduce agricultural aviation accidents, reduce drift incidents and augment operational security. The important topics of airfield security and a review of the 2020 ag accidents will also be covered. The 2020–2021 PAASS Program will be presented as a single module focused primarily on the psychology behind risky behaviors. Risky behaviors can affect all aspects of the industry, and thus will be treated as a single overarching subject that aerial application operators, pilots and crew need to be mindful of and on the watch for to prevent aviation accidents, environmental breaches and security compromises.

PAASS has sought the expertise of a psychiatrist familiar with aviation to help delve into the psychiatry behind certain behaviors in people that might result in an accident, a drift incident, and compromise the professionalism of the agricultural aviation industry. Dr. Basil Spyropoulos is an aerospace psychiatrist who is also a private pilot. He received his education at Southern Illinois University School of Medicine and has been in practice for over 20 years. Dr. Spyropoulos is certified by the American Board of Psychiatry and Neurology and specializes in both general and aerospace psychiatry. In addition, he is a member of the Airdocs Business Aviation Medical Support Team and a trustee of the board of directors of the Civil Aviation Medical Association.

Dr. Spyropoulos will help PAASS participants think about why people exhibit risky behavior despite knowing the potential consequences of this behavior. He will also help participants learn how to identify individuals who might behave in a hazardous manner in order to avoid bringing them into your business or assigning them roles in which they might cause harm. In addition to recognizing certain behaviors, the PAASS Program will provide insight into whether certain behaviors can be changed and if so, how.

To help guide the discussions, the Federal Aviation Administration’s five hazardous attitudes will be used. These include anti-authority, impulsivity, invulnerability, macho and resignation. Attendees will learn how these attitudes impact the decisions made by people who exhibit them. Anti-authority is characterized by not wanting to be told to do something or how to do something by someone else. Impulsivity is seen in people who like to get things done quickly, which can be fine in some situations, but sometimes they do not spend enough time thinking about the potential consequences of their actions.

Invulnerability is how we categorize people who never think anything bad will happen to them. Invulnerability can be more prevalent in younger agricultural aviators. A macho attitude is when a pilot is overly confident in their abilities and has a feeling that they can do something better than any other pilot, and that they need to prove themselves by taking unnecessary risks. Confidence is a valuable trait in pilots, but it needs to be tempered by knowing and respecting your limits. Resignation is the feeling that no matter what a pilot does, they do not feel they can change the situation. This resignation may occur during an emergency or as part of their everyday work duties.

Pilots, especially agricultural pilots, have unique personality traits that impact how they see things and the decisions they make. Pilots tend to think in practical terms rather than philosophical terms. They would much rather solve problems than talk about them and modify their environment as opposed to their behavior. They also tend to draw conclusions rapidly about both situations and people. These traits impact how they approach situations encountered while flying and can have an impact on how they view safety protocols.

Different biases that impact both decisions and reactions will also be discussed. Expectation bias occurs when you think you know what will happen because of prior experiences. Have you ever ignored signs something might be going wrong or ignored that proper safety steps weren’t followed accordingly and instead rationalized that nothing bad has happened before, hence confirming that ignoring the proper steps is OK? That’s confirmation bias. That can lead directly to plan continuation bias—continuing with your mission despite the situation, such as weather, getting worse. Automation bias occurs when you become overly reliant on a technology and allow complacency to set in. These biases all have the potential to result in an accident.

Numerous real-life agricultural aviation examples will be used to help frame the discussion with Dr. Spyropoulos. One such example is an operator/pilot who willingly flew a helicopter that had been deemed unair-worthy for a variety of major issues. Despite also being his own mechanic, he failed to fix the issues which resulted in a fatal accident three days later. What traits and attitudes lead someone to fly an aircraft they know to be dangerous to operate?

Another example that will be discussed is what happens when operators purchase larger, turbine-powered aircraft. This upgrade might impact their decision-making when it comes to selecting work and the weather conditions under which they are willing to work in order to afford the larger purchase, thus increasing the chances of a misapplication. This same internal pressure to get work done, also referred to as plan continuation bias, can result in accidents as well. Continuing to work despite fatigue or deteriorating weather conditions has caused many accidents.

Some individuals negatively impact the industry’s insurance costs by relying on their insurance to handle drift incidents instead of doing more to reduce drift itself. Understanding these conditions and people’s thought process might help in convincing individuals that meet this profile to find other ways to reduce drift such as using different nozzles and shortening the booms. Sometimes the negative attitude can result in actions designed to cause harm directly, as was the case when two employee pilots intentionally accepted work orders they knew would result in drift incidents. This was done to make a new supervisor look bad in an attempt to get him fired. What drives employees—pilots or otherwise—to behave this way? We will discuss how to develop a hiring strategy to prevent bringing people into your operation who might act in a similar destructive manner.

PAASS has helped educate the industry numerous times over the years on how to turn safely. Some pilots continue to turn in an unsafe manner despite knowing the risks. Risky turns are extremely hazardous and have led to fatal wrecks on several occasions, including a number this 2020 season. Dr. Spyropoulos will help us understand why some individuals take these risks, and how we as an industry might be able to recognize and change this behavior. Another fatal accident that will be discussed involved a pilot spraying in foggy weather despite having had an accident in fog earlier in his career. Flying in fog can lead to both an accident and drift, as fog often occurs during a temperature inversion. PAASS will examine what makes a person continue to take unnecessary risks despite already having experienced a negative outcome.

As always in PAASS, ample time will be allowed during the entire program for attendee discussions and sharing of experiences involving issues and practices related to their own ag operations. Identifying and mitigating risky behaviors can help augment operational security and reduce agricultural aviation accidents and drift incidents.

Attend the PAASS Program this season to make sure you are better equipped to evaluate yourself and your fellow agricultural pilots on why you sometimes behave the way you do, and how negative behavior can be changed to prevent accidents. Visit AgAviation.org and check the calendar of events to find dates and locations of state and regional meetings offered either in person or remotely where you can catch the PAASS Program.