HomePortugueseGet to Know the Sliders

Get to Know the Sliders 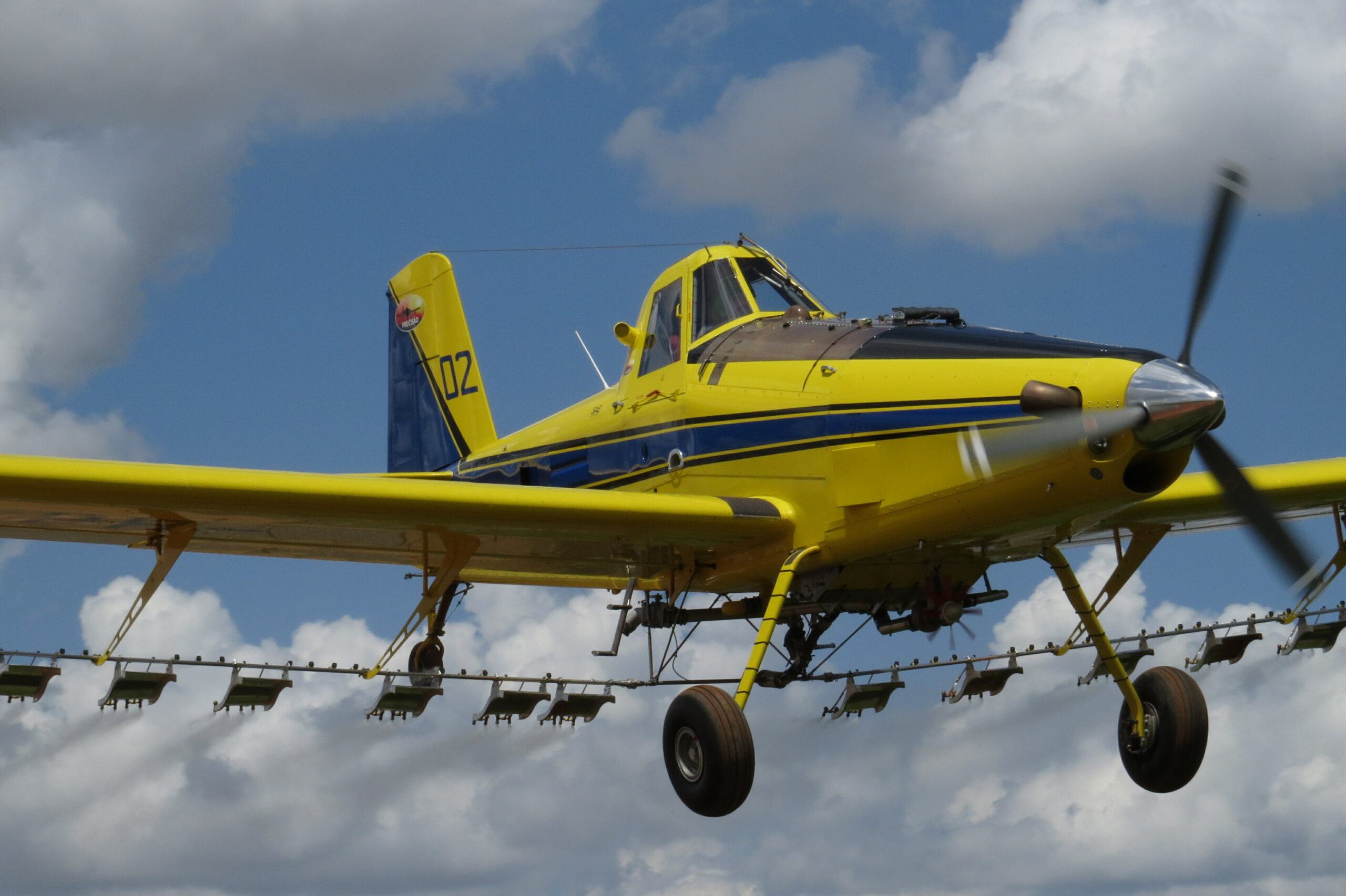 Crop protection applications must provide for their droplets to reach the target in a uniform and precise manner. Considering this, an innovative equipment arrives at the Brazilian market, with the objective of improving application quality and mitigate the risk of drift. The Israeli-born technology is being submitted to field tests by the ADAMA company, which is the responsible for bringing the technology to Brazil, and for its certification process for aerial application use.

The equipment is very simple in concept. It is installed right below the wings trailing edge and ahead of the spray nozzles. Their “slider” shape generates an airflow that drives the droplets into the crops through downwash.

In the last two years, this equipment has been evaluated by researchers who analyzed its influence in the quality of the deposition pattern and drift risk mitigation. Results found to indicate there was a significant reduction in off-target droplet displacement and an improvement in spray deposition, which will result in environmentally safer aerial applications.

The initial work consisted initially in getting to know the equipment, check its influence on aircraft performance and control responses and observe practical deposition results. In this phase, the first equipment to be installed in Brazil were in the state of São Paulo, in two aircraft, an Ipanema and an Air Tractor, under the guidance of engineer capt. David Shavit, from Israel, and the team made up by Prof. Wellington Carvalho (UFLA), eng. Roberson Marczak (ADAMA), captains Walter Moro and Wilson Marques plus engineers and technicians from ag-operation Precisão Aeroagrícola.

Spray collector cards were used in this initial phase in two sugarcane crop conditions; one in an area of “young” sugarcane (lower height) and another in ready-for-harvest sugarcane.

Collector cards were stapled directly on the surface of sugarcane leaves, in the upper (U), middle (M) and lower (L) part of the plants. In the sample area, they were placed on five sugarcane plants randomly selected. These three sample points are important for deposition evaluation, as the middle and upper thirds of the plant are the main targets for some applications, like sugarcane ripeners. In the middle third, deposition is needed for borer control and the lower third is important when controlling pests and diseases close to the ground, like the spittlebug.

Besides plant coverage, drift was evaluated at the distances of 50,100,150 and 200 meters from the application area. Results found to allow us to say the equipment increased the quality of the deposition pattern and reduced the risk of drift.

A second phase of the research was conducted by the AgroEfetiva company, with support from researchers Fernando K. Carvalho, Rodolfo G. Chechetto e Alisson A. B. Mota, along with Botucatu’s UNESP Prof. Ulisses R. Antuniassi.

This work was conducted in the state of Goiás, on soybean crops, using scientifically precise methods to thoroughly evaluate the deposition pattern and drift potential of the applications. Different boom setups with Sliders were evaluated (figure 5), having as a comparison standard a setup with rotary atomizers.

Based on the field tests conducted by Prof. Wellington P. A. de Carvalho (UFLA) and the research conducted by AgroEfetiva in Goiás, the conclusion is that the Sliders introduced by ADAMA are a promising option for the ag aviation industry, concerning quality and safety of applications. Test results suggest this equipment mitigates application off-target drift and improve the deposition pattern compared to the use of atomizers, allowing for the use of medium-sized droplets and application rates between 1 and 3 GPA.

Brazil Regulates Use of Drones in Agriculture