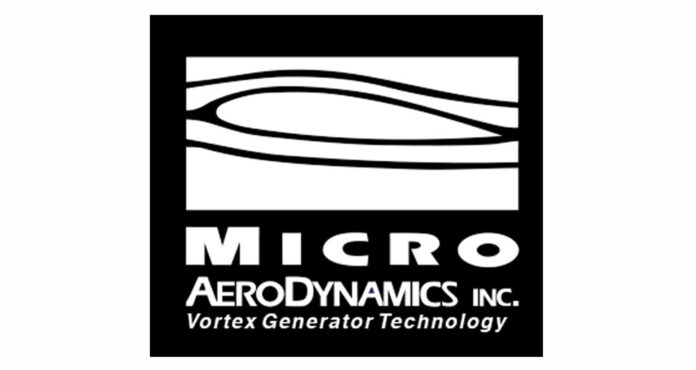 Vortex Generator Specialist Micro AeroDynamics is proud to announce the successful completion of a joint project with Thrush Aircraft. Compatibility has been officially confirmed between the Micro VG STC, and Thrush “Field conversion of S2R-T34 10,500 lbs Maximum Gross Takeoff Weight Increase”. “We worked together with Levan Tadbize, VP Engineering at Thrush Aircraft, to evaluate and clarify the question of Compatibility,” said Anni Brogan, President of Micro AeroDynamics.

In addition to lowered Stall speeds, operators of Micro VG equipped ag aircraft most mention the noticeable benefits to be shorter turn time and reduction in drift.

Micro VGs are currently STC approved for installation on many Ag Aircraft models. When new models are approved, they will be announced loudly.

Micro AeroDynamics was founded in November of 1989 and is located at the Anacortes Airport, Washington state. They have flight tested and earned 80+ FAA STC approvals for General Aviation Aircraft. This unusual company does it all – develops, tests, certifies, manufactures and markets their Micro VG modifications kits. The STC approved kits are very complete, and can be installed in one day. Ag aircraft kit prices range between $1450 – $1750.

More details can be found at their