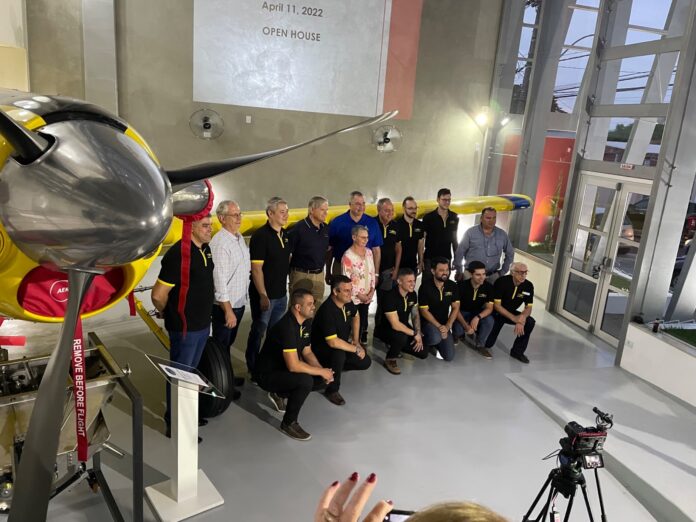 AeroGlobo Revendedora de Produtos Aeronáuticos held an Open House April 11 at its main headquarters in Botucatu, SP. Owner, Luiz Fabiano Zaccarelli Cunha , welcomed dignitaries and guests from Brazil, Argentina and the USA. The AeroGlobo team was on hand to help with the Open House as well as offer explanations to the various services provided by AeroGlobo. These services include sales, service and training for Air Tractor aircraft through a partnership with Lane Aviation, Pratt & Whitney  Canada turbine engines through a partnership with FlightSafety International and Turbine Conversions fire gate and single point fuel systems. AeroGlobo is also a dealer for several support suppliers including Satloc GPS, CP Nozzles, Transland and Zanoni Equipamentos, to name a few.

AeroGlobo was founded April 14, 2007 by Fabiano, who had previously worked for Neiva. He started at Neiva as a mechanical engineer for the Ipanema, Cessna/Piper/Minuano and Cenia light line in 1981. He performed this duty until 1994 when he was promoted to Commercial Manager tasked with selling the Ipanema aircraft and Cessna products. In 2002, Fabiano was responsible for the sale of 42 Ipanemas, followed with a sales record of 82 Ipanemas in 2003.

When Fabiano left Neiva and started AeroGlobo, he had only one person helping him. He formed a partnership with USA Air Tractor dealer, Lane Aviation. Inc., to sell new and used Air Tractors. That first year, business was made up of 80% Air Tractor sales and 20% parts sales.

In the early years, Fabiano worked out of his mother-in-law’s garage. In 2012, he opened his current location in Botucatu. In 2022, AeroGlobo doubled the size of its location to what it is today with plans to expand training to the complete maintenance of Air Tractor aircraft including the turbine engine. This expansion was to facilitate AeroGlobo’s expanding training facilities with FlightSafety for mechanics and the safe operation of the PT6A-AG and PW100/200 series engines.

The arrangement with FlightSafety came about through a coordinated effort with PWC and FlightSafety. This arrangement offered a more centralized training facility with instructors who spoke Portuguese. Specifically, Jarbas M. Gebra as the Chief Ground Instructor certified by FlightSafety and approved for PT6 small and large engines (PT6A-11AG through PT6A-67AG), as well as to include the PW100 and PW200 series engines. Assisting Jarbas is Eric Moreira, who is about to be certified by FlightSafety, as well.

There are three divisions that make up AeroGlobo. These divisions are managed by longtime employees; Fernando Martin of After Sales Service; Renato Pires da Silva of Administration and Finance and Rodrigo Alves de Oliveira as Commercial Manager.

AeroGlobo is consistently training its customers’ pilots and mechanics.To date, AeroGlobo has trained 442 pilots with 142 classes. The company also has trained 495 mechanics with 80 classes. This training is very specific for turbine transitioning and safe operation of Air Tractors, all models, as well as all-model PWC engines used in the ag-aviation industry. AeroGlobo’s all-inclusive approach to servicing the ag-aviation industry in South America has been successful by generating 35 new Air Tractor sales for 2022, of which five have been advanced into 2023 due to such a high demand for Air Tractors worldwide. 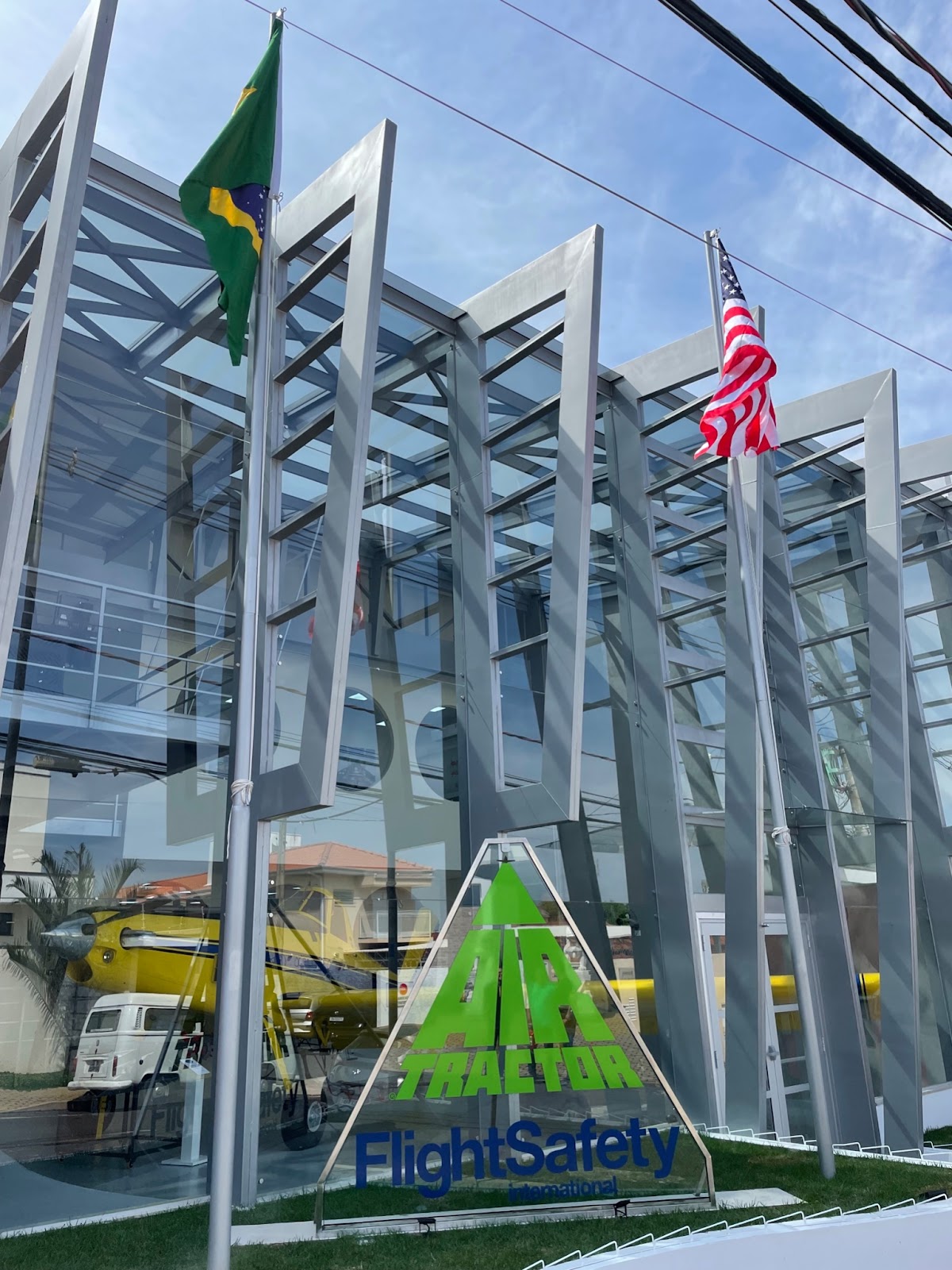 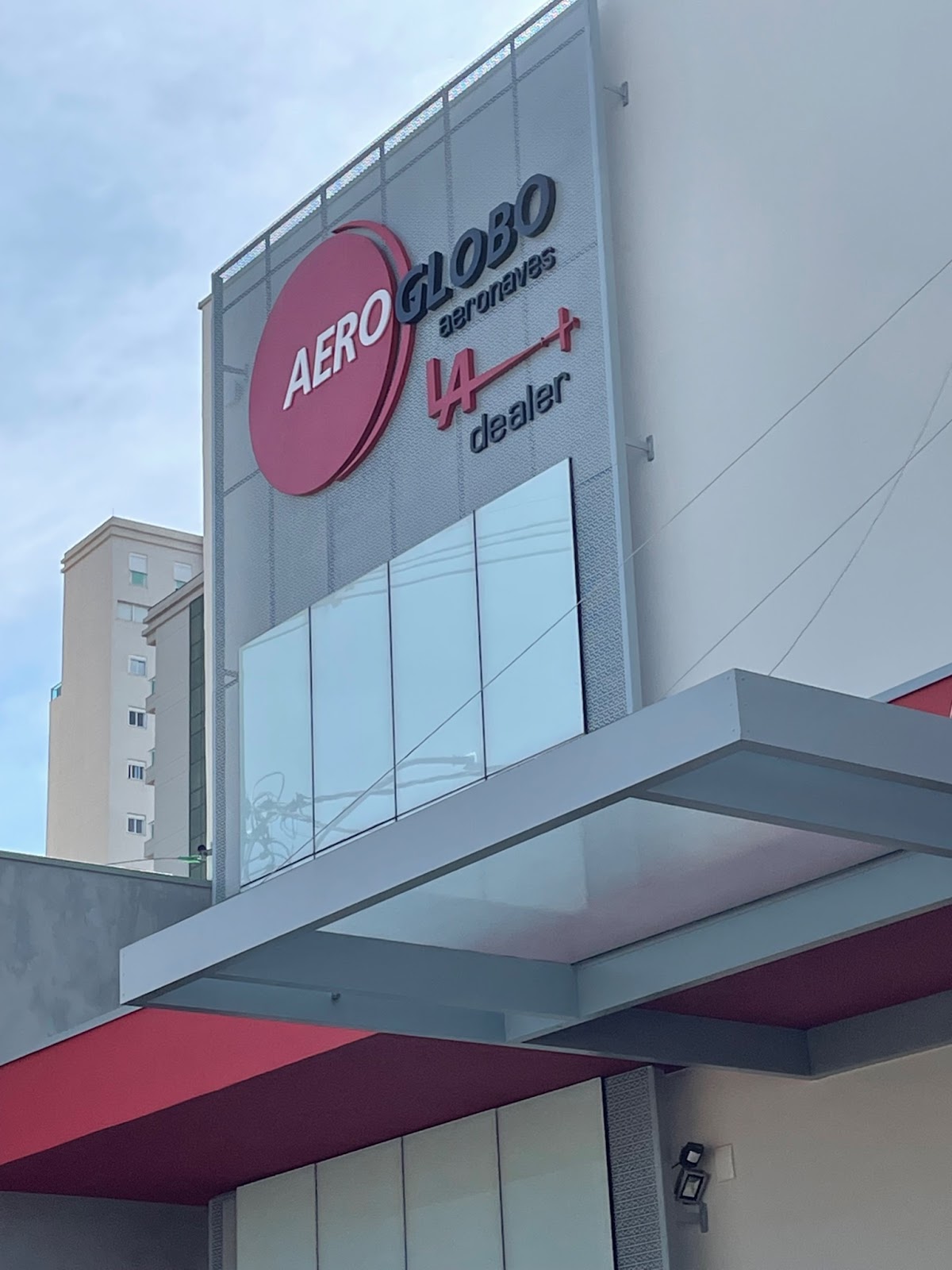 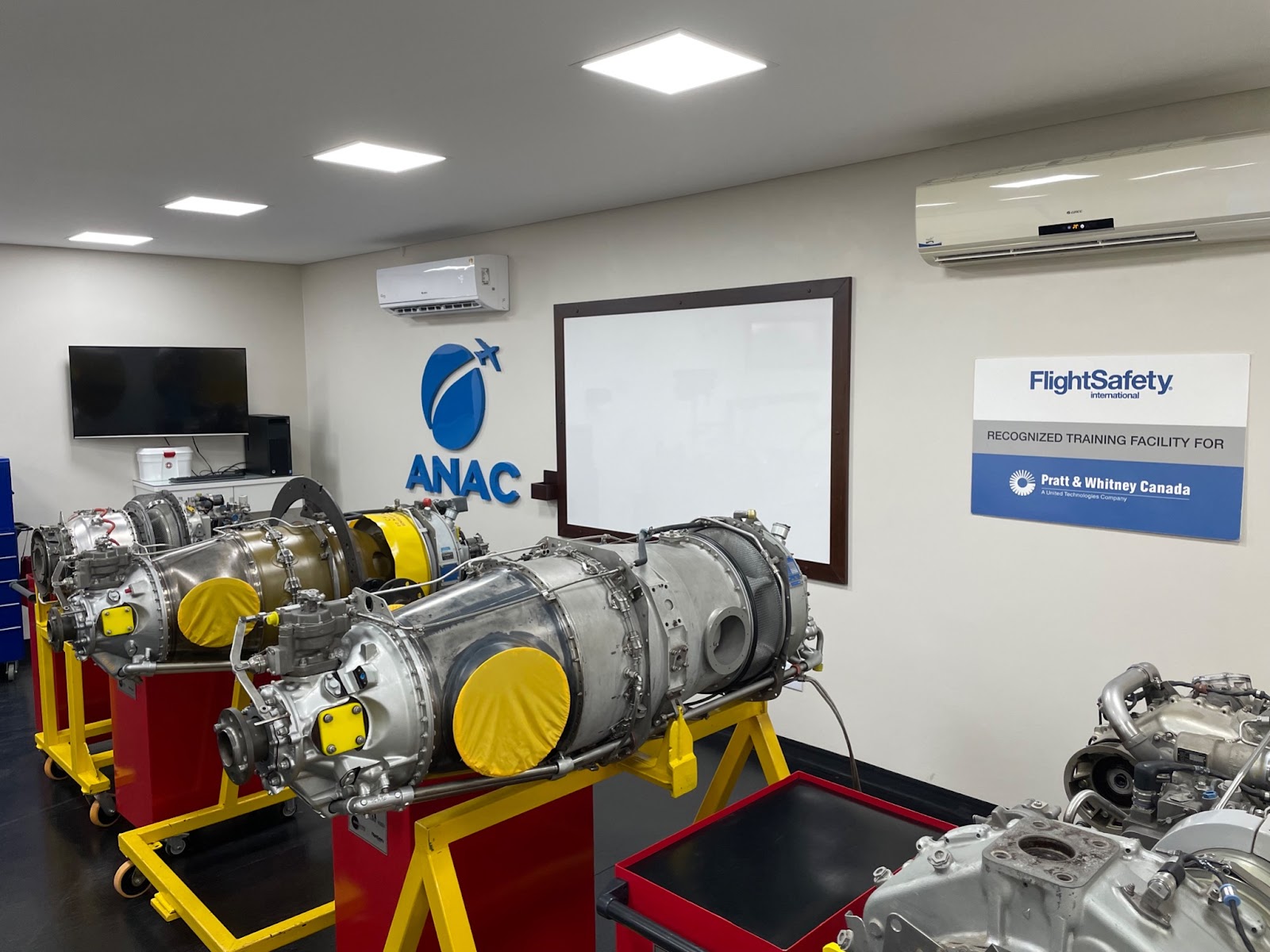 The FlightSafety International training room at AeroGlobo in Botucatu. 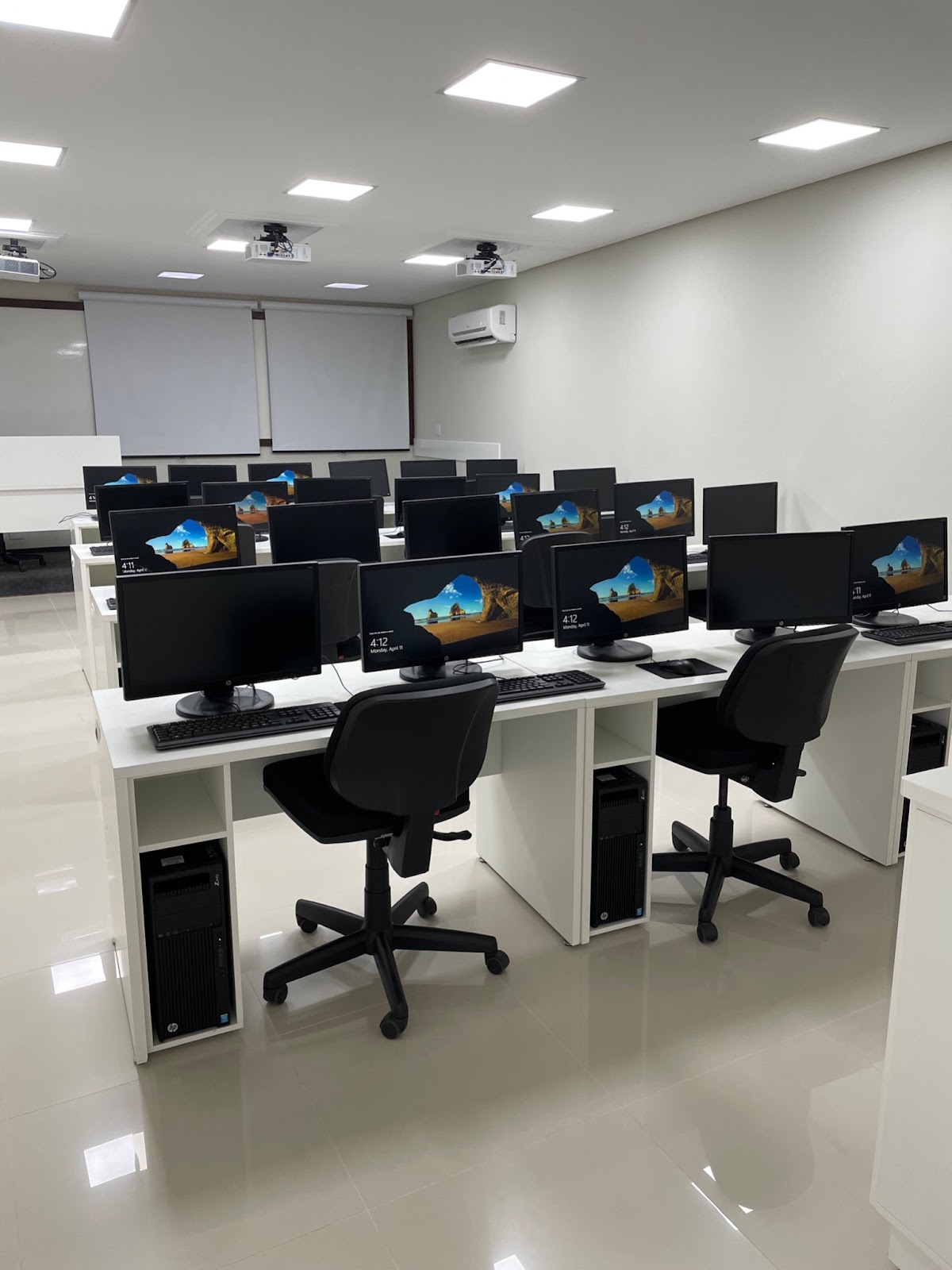 Part of the sophisticated equipment used for simulator training. 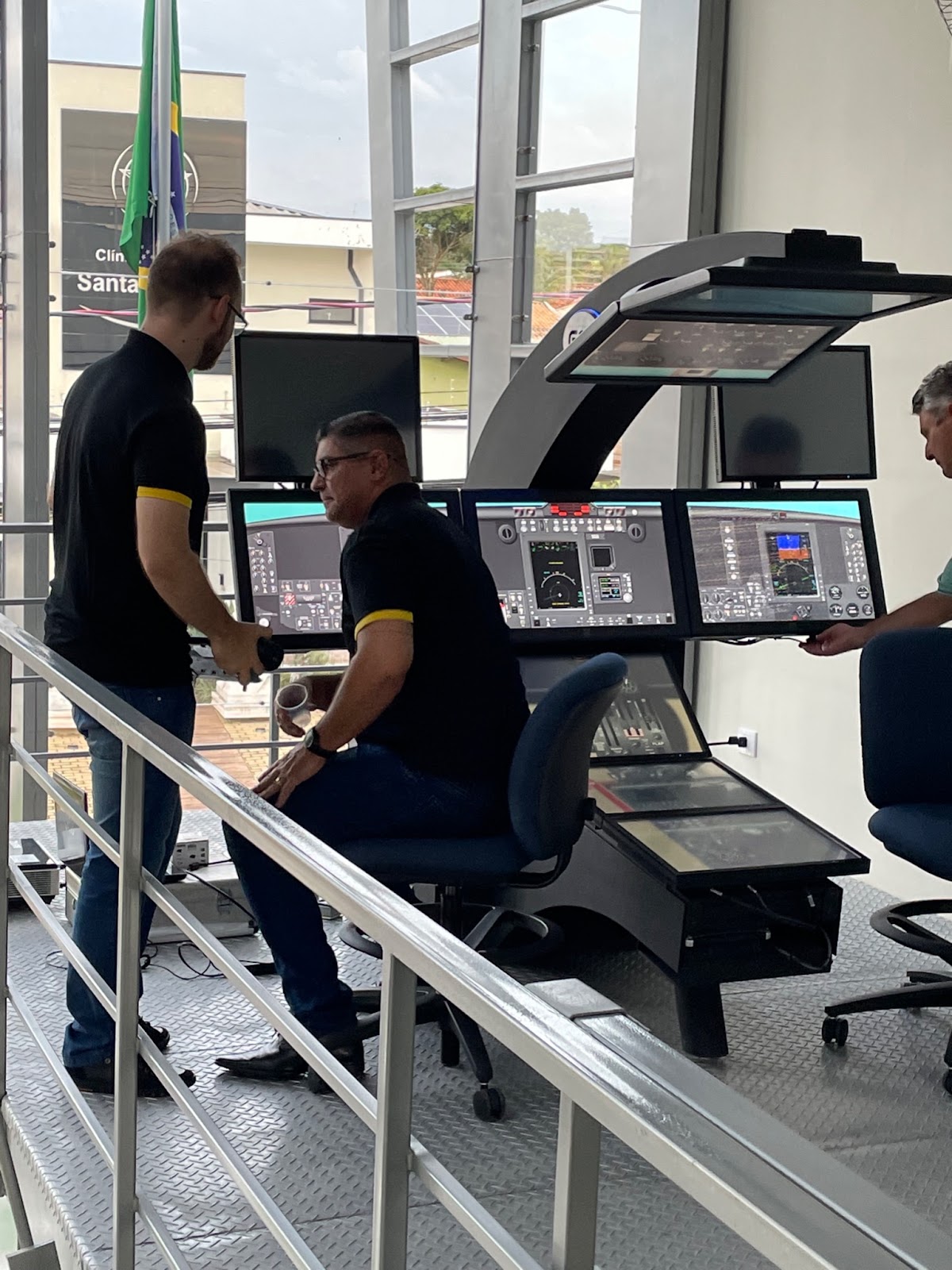 Several well-known people in ag-aviation were in attendance at AeroGlobo’s Open House, April 11. 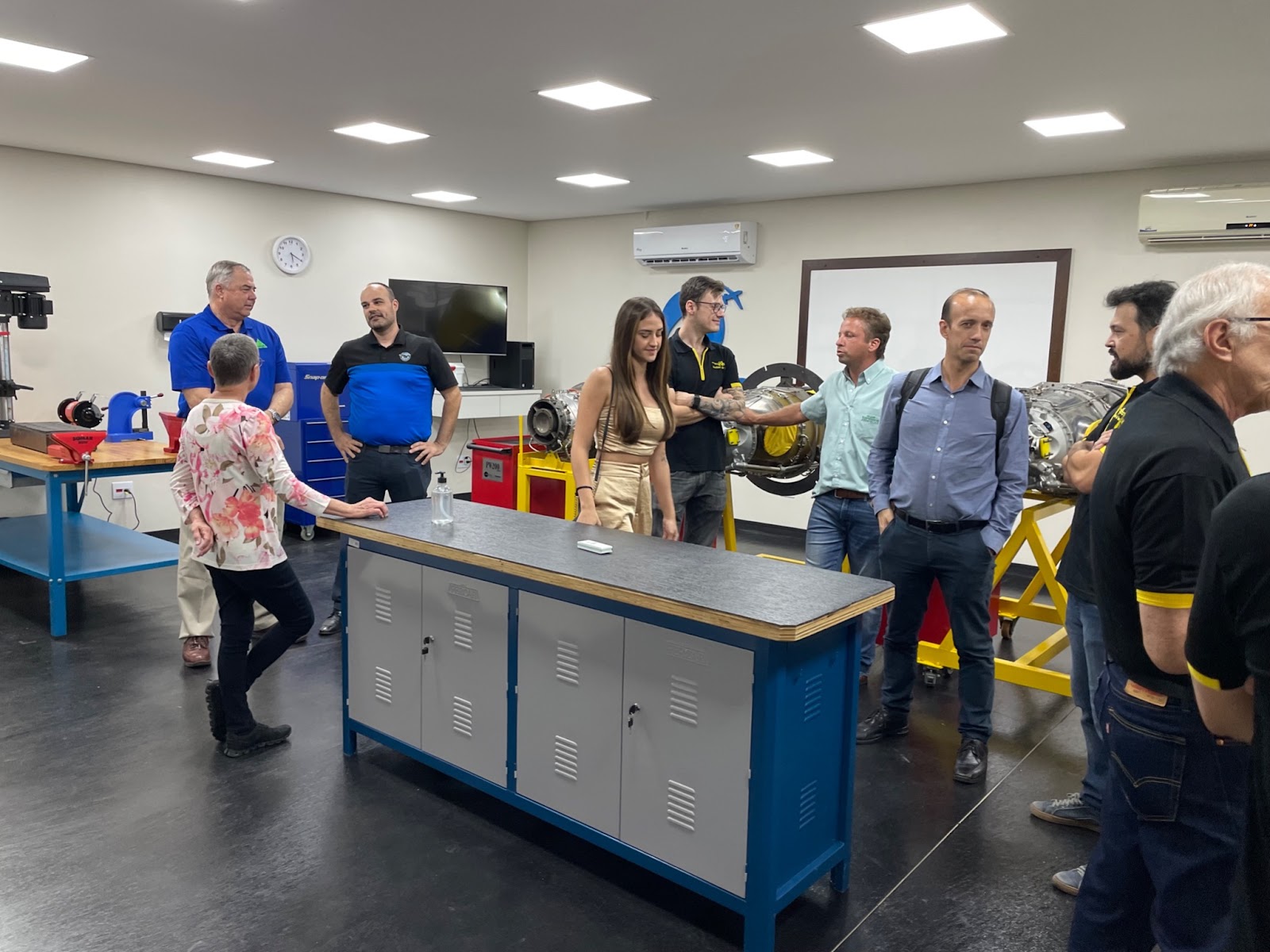 Grant Lane of Lane Aviation, an Air Tractor dealer and partner with AeroGlobo. 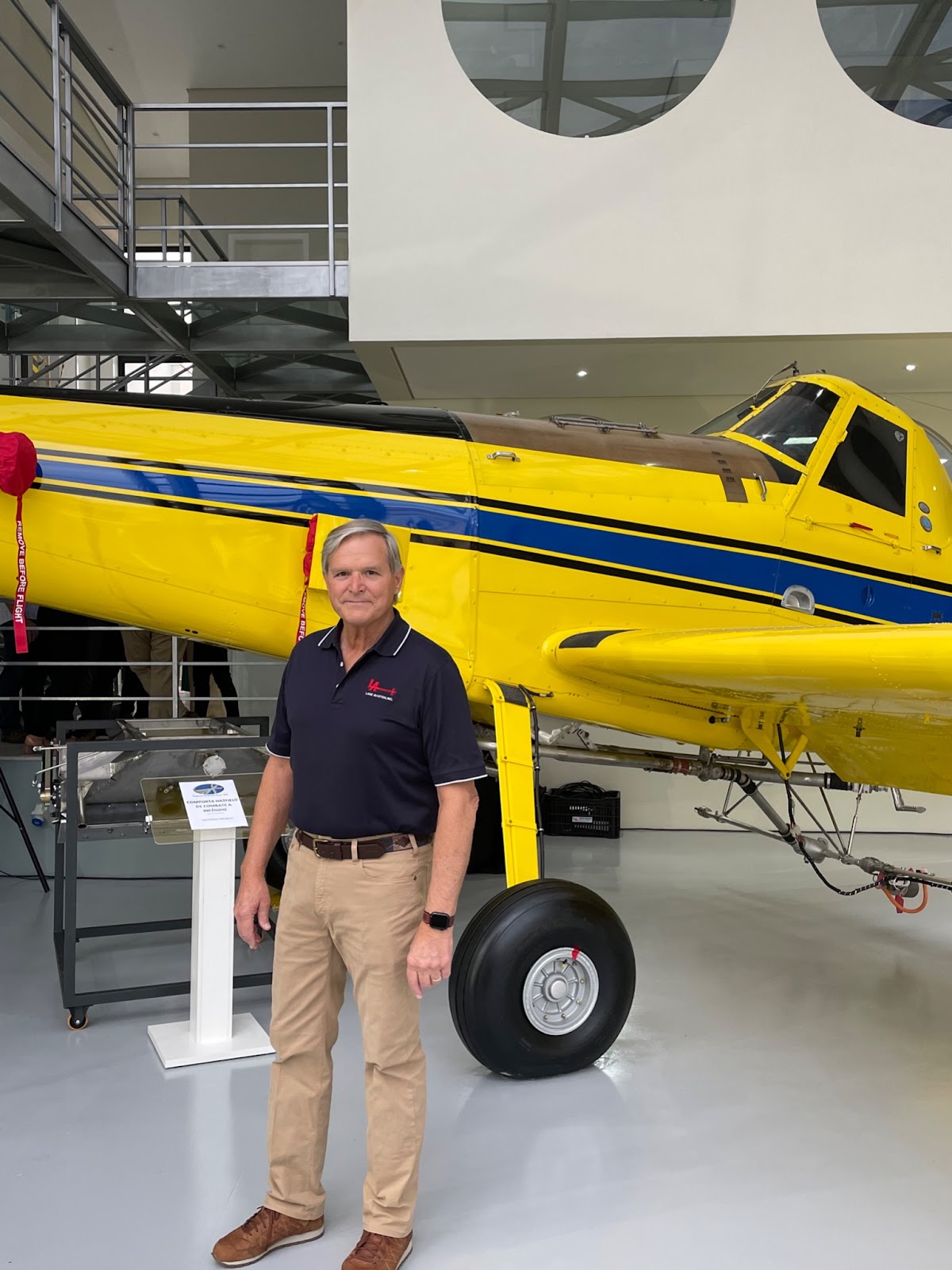 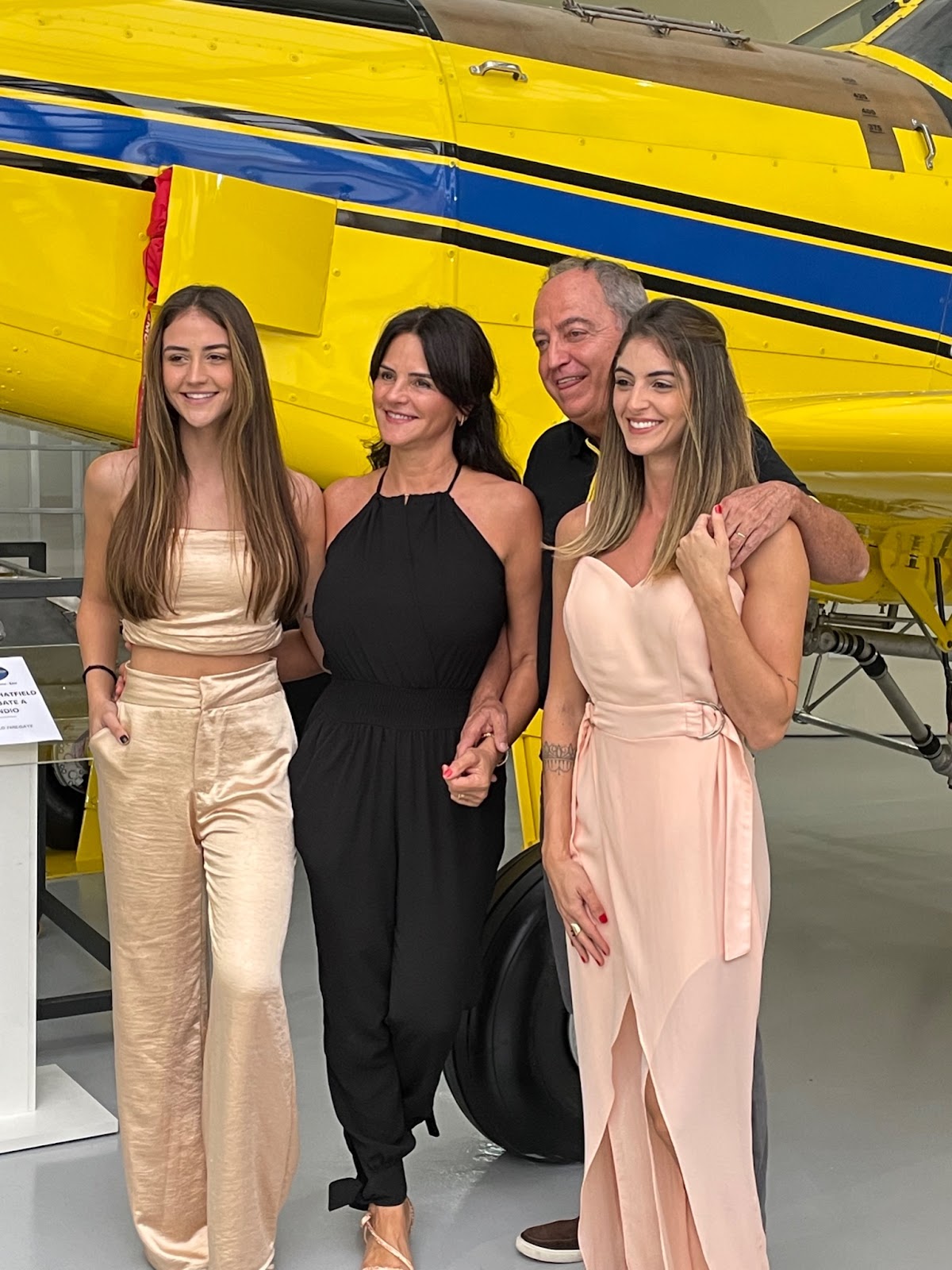 Two Argentines, Roberto Tomassoni and Santiago Oliaga (left and right of center) with AeroGlobo’s After Sales and Service Fernando Martin. Roberto is AeroGlobo’s South American representative for Spanish speaking countries.  Santiago is going to be training at AeroGlobo for ag-flying. He is currently an airline pilot. 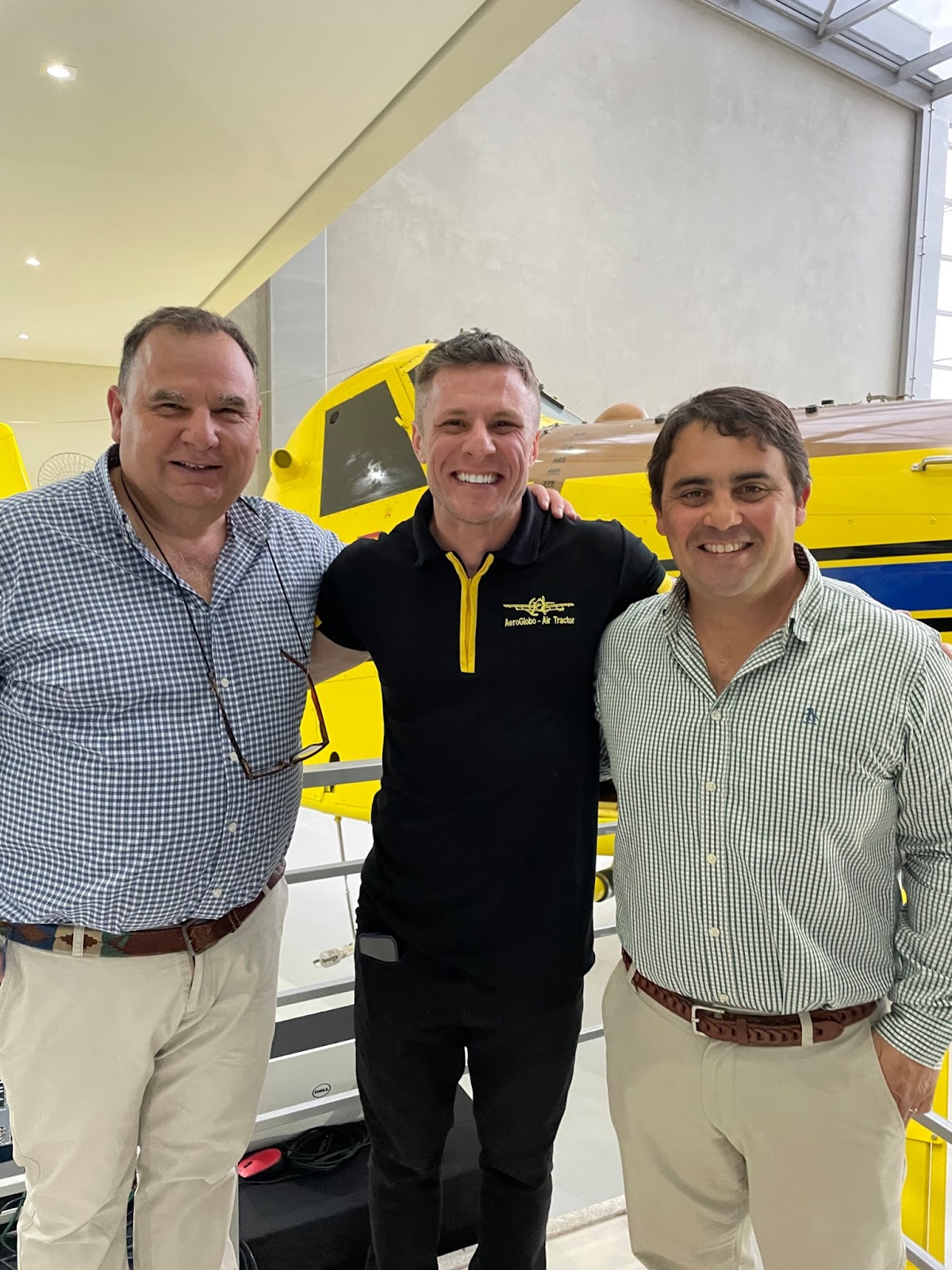 A group photo of the AeroGlobo team, along with Air Tractor’s Phil Jeske, Jim Hirsch, president of Air Tractor and his wife, Leatha Hirsch and Grant Lane of Lane Aviation. 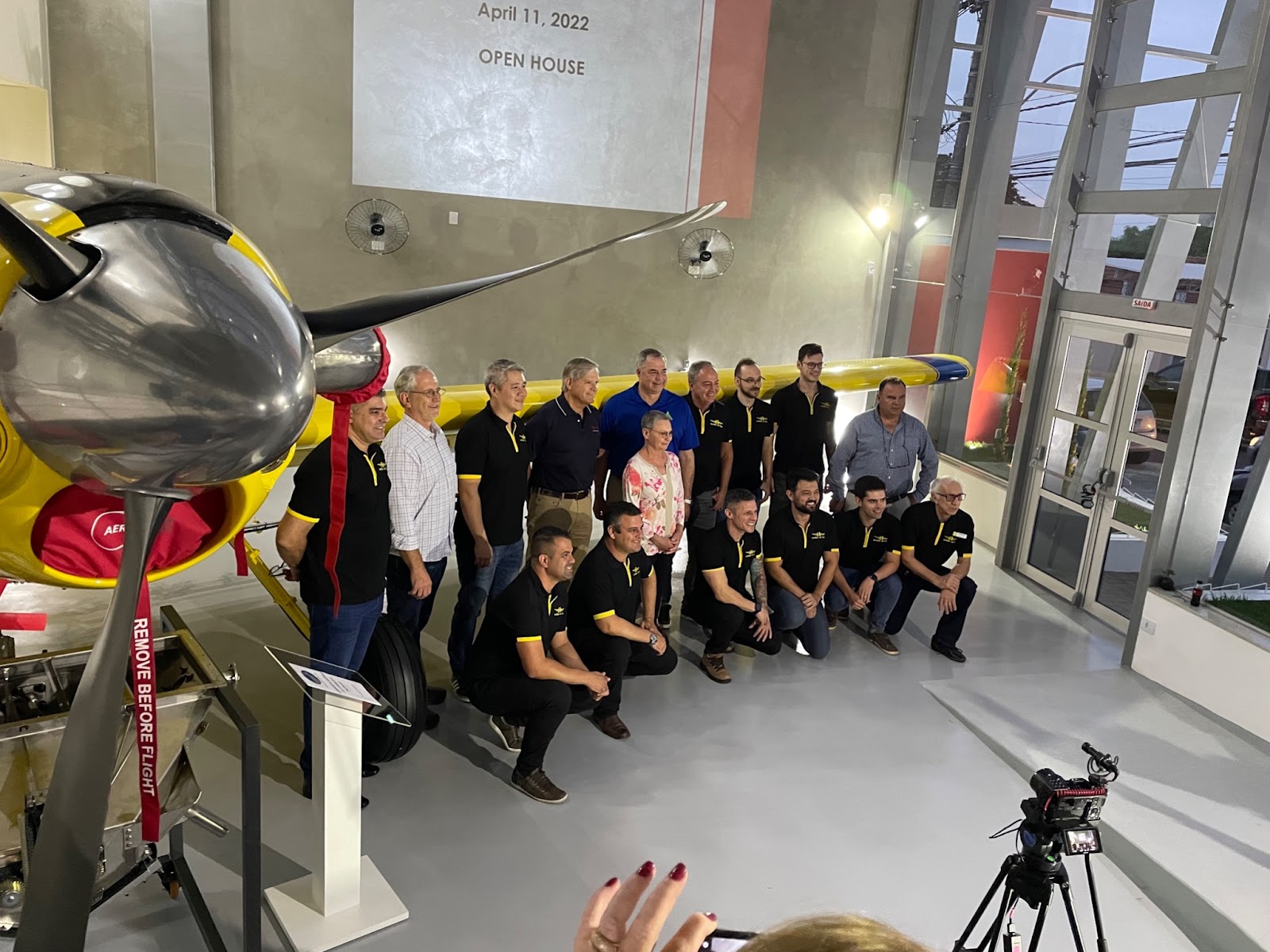 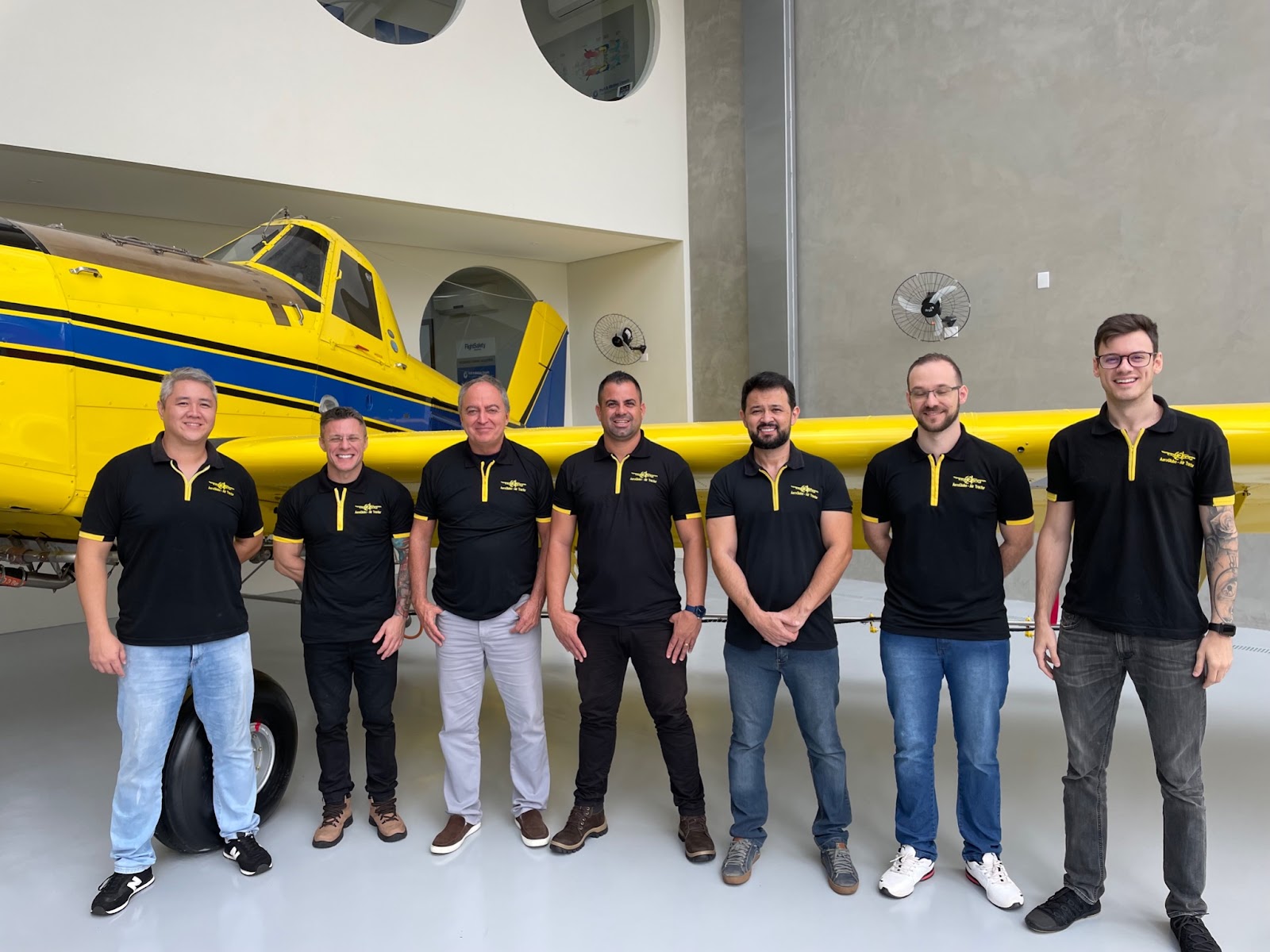